Angela Lockhart-Aronoff is a poet, performance artist, hand quilter and a social justice advocate who works in government. She started writing on her own at age of eight, continues to journal every morning and has been learning how to write poetry (“properly”) as a member of the Brooklyn Poets community since 2016. Angela’s poems “For Now,” “Raisin” and “No Vacancy” were recently published in “Poetry of the Diaspora” for the fall 2021 issue of Taint Taint Taint Magazine.

Winning Poem: “My Best Friend Is Having an Abortion and I Can’t Be There, So I Send Her Flowers”

Josephine Blair Cipriano (she/her) is a 2019 Brooklyn Poets Fellow whose work has been published or is forthcoming in the Rumpus, Copper Nickel, Epiphany, Yes, Poetry and elsewhere. She was shortlisted for the Frontier Magazine 2021 Emerging Poet’s Prize and lives in Tucson, AZ.

Arthur Russell is coleader of the Red Wheelbarrow Workshop and an editor of the Red Wheelbarrow Journal in Rutherford, New Jersey. He placed second in the 2022 Allen Ginsberg Poetry Prize and was a member of the (inaugural) 2021 class of the Brooklyn Poet’s Mentorship Program. His 2018 chapbook Unbent Trumpet (Nutley Arts Press) sold out two printings.

Yawper of the Year: Robin Romeo

Robin Romeo calls Harlem home. He earned a BA from Vermont College, where he studied literature and creative writing. His poems are forthcoming in the Caribbean Writer and Curlew Quarterly. He was awarded a 2020 Brooklyn Poets Fellowship.

Dante Clark is a poet, musician, actor and essayist from the Bronx, NY. His work has been published or is forthcoming in the Root, Afropunk, wildness and elsewhere. A graduate of Hunter College with a BA in creative writing, Clark has performed and won poetry slams at the Nuyorican Poets Café and the Bowery Poetry Club. He has also received support from organizations including Catapult and Cave Canem. He was awarded a 2020 Brooklyn Poets Fellowship.

Runner-Up Poem: “Do You Actually Taste Sweetness in Your Dream Like You Do in Your Mouth”

Joanne Mosuela was born in Washington, DC, and raised in Virginia. She is a graduate of the University of Virginia’s Area Program in Poetry Writing and studied computer science at the University of North Carolina at Charlotte. As a software engineer, she has worked in big data and led programs for Girls Who Code NYC, whose mission is to close the gender gap in tech. Her poetry is forthcoming in the inaugural issue of HERE.

Yawper of the Year: Julia Knobloch

Julia Knobloch was born and raised in Germany and has lived in France, Portugal and Argentina. She is a former documentary filmmaker, a member of the Sweet Action poetry collective and the recipient of a 2017 Brooklyn Poets Fellowship and the 2016 Brooklyn Poets Yawp Poem of the Year award. Her debut collection Do Not Return was published in 2019 by Broadstone Books.

Kyle Seamus Brosnihan is a poet from Lincoln, Nebraska. He graduated in 2016 with a BA in English. His poetry has been published in Empty House Press, Boston Accent Lit and Always Crashing. He is also a playwright and his first play will be produced at the Tank Theater in Manhattan in February 2020.

Constantine Jones is a queer Greek-American thingmaker raised in Tennessee and currently housed in Brooklyn. They teach creative writing at the City College of New York, where they earned an MFA. Their work has found homes in the PEN Poetry Series, Blood Tree, Stone Pacific, Hematopoiesis and Fugue, and has been displayed or performed at various venues across the city.

Runner-Up Poem: “Black Boy Climbs into the Gorilla Cage to Ask for Advice”

Marshall “Gripp” Gillson is a genderfluid/nonbinary writer and technocreative based in New York City. Gillson graduated from Morehouse College and the Georgia Institute of Technology and is currently an MFA candidate and Turner Fellow at Stony Brook University. Their work is multimedia and interdisciplinary, ranging from written word to performance art to electronic installation. They have appeared onstage as an actor and a poet, self-published and been printed in literary magazines, built digital chapbooks and Twitter bots, taught college courses and workshops, and have written, produced and appeared in short films. Much of their work is fantastical, surreal and absurdist. It confronts race, gender, mental imbalance, loneliness, existential dread and sometimes robots. In their spare time, they enjoy board games, avoiding attention, and writing biographies in the third person.

Yawper of the Year: Bill Livingston 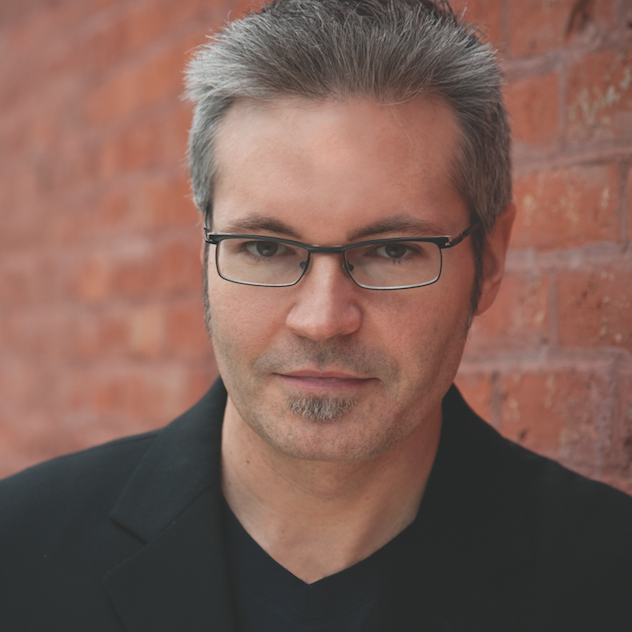 Originally from Altoona, PA, Bill Livingston is a poet, photographer and advertising copywriter who has been published in the Literary Hatchet, Loch Raven Review, Danse Macabre, TreeHouse, Flipside, Radius: Poetry From the Center to the Edge and the Brooklyn Poets Anthology. He is a supporting member of the Poetry Project and an original member of Brooklyn Poets and Bowery Arts + Science. He currently resides in Brooklyn, NY, with his wife and twin daughters. 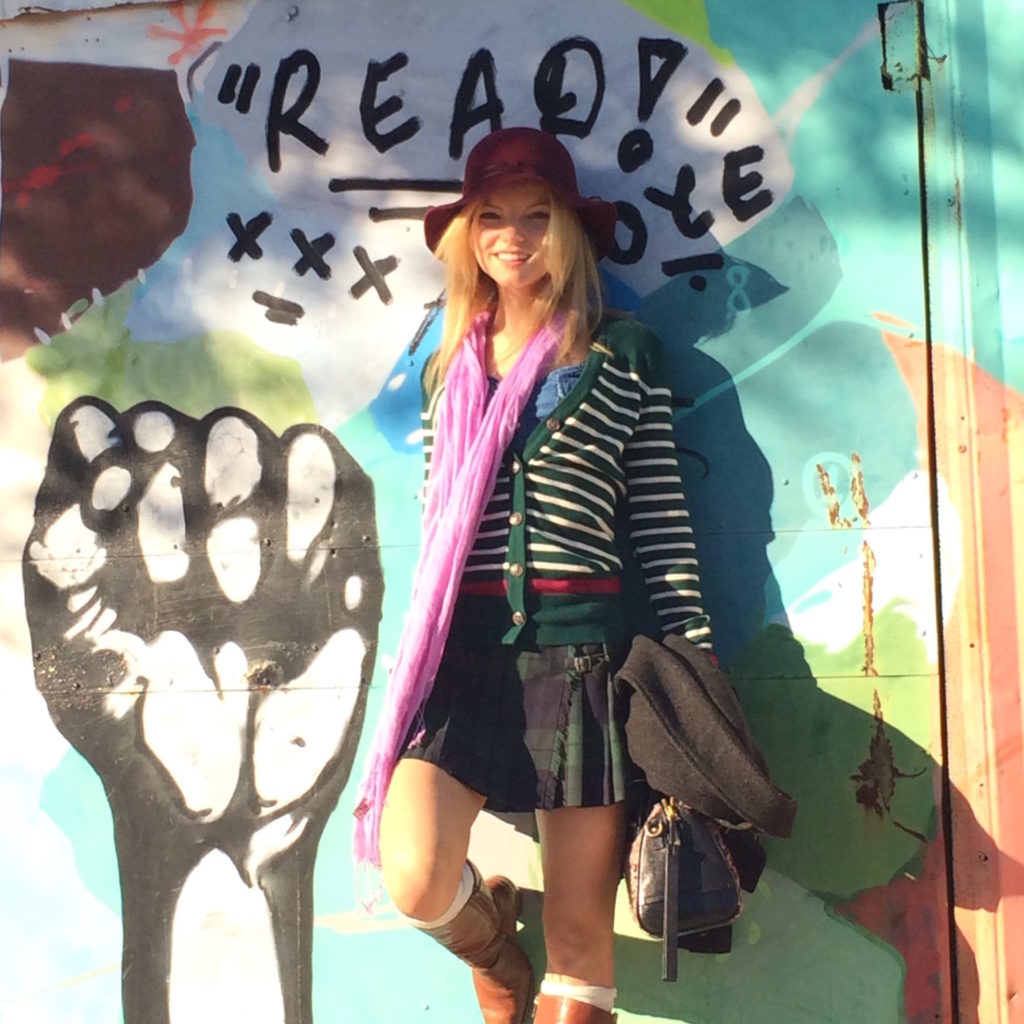 Although Laura Murphy is a lifelong poet, she just started sharing her work this year. It has been magical, mostly because of all the wonderful people/poets she’s met along the way. Laura is also an editor and journalist at Consumer Reports, where she likes to write about the things people use every day. 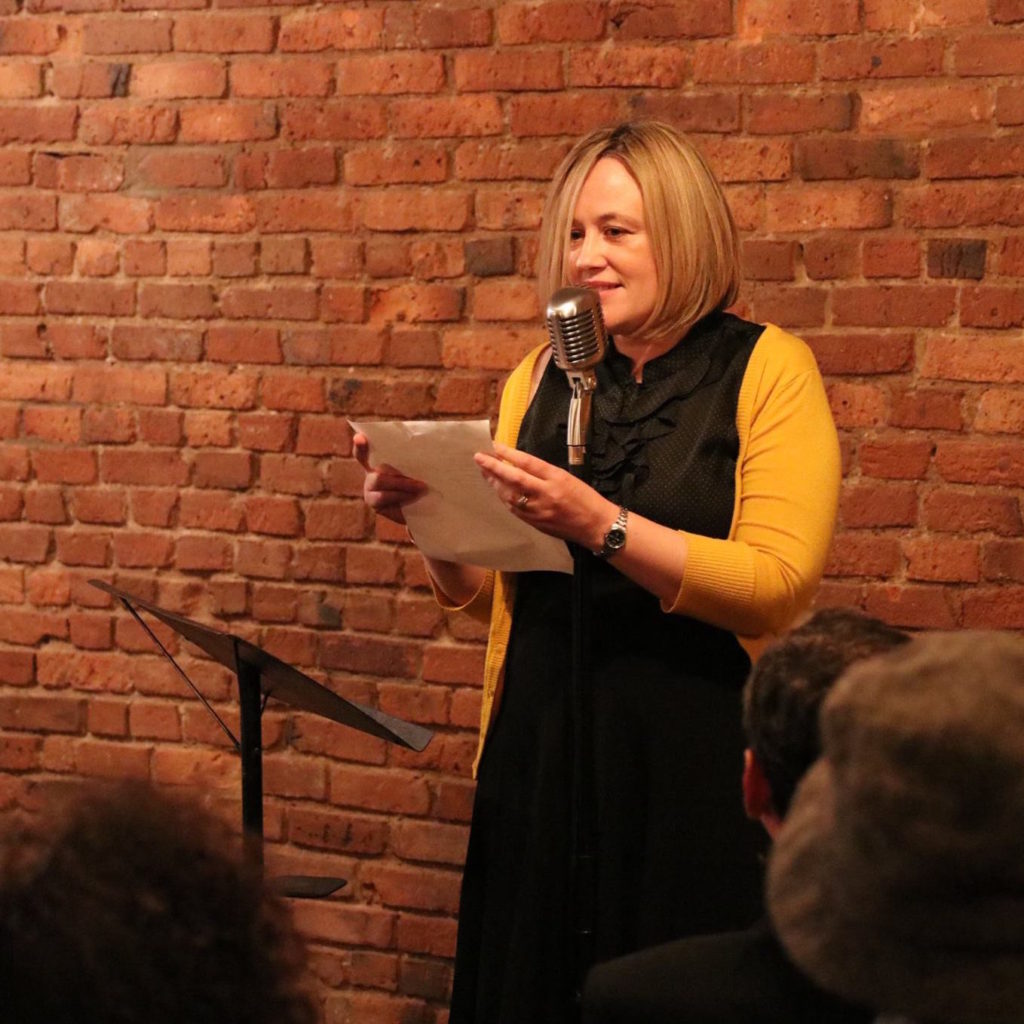 Winning Poem: “To My Daughter with Xia-Gibbs Syndrome, Aged Six”

Emily is a poet, mother, psychologist, and president and cofounder of the Xia-Gibbs Society. Originally from Melbourne, Australia, she has lived in London and Brooklyn and has recently returned to her hometown in Australia. She is a graduate of La Trobe University, where she studied psychology, English literature and creative writing. Since 2016 she has regularly attended workshops through Brooklyn Poets and read at the Brooklyn Poets Yawp. She has had her work featured as Poem of the Day on the Bridge, and in 2018 she read at the New York City Poetry Festival with the Sweet Action Poetry Collective.

Starr Davis is a writer and poet. Her works of poetry and creative nonfiction have been published in several literary magazines including the Rumpus, Rigorous and Cosmonauts Avenue. Her debut short story recently appeared in Transition, a publication of the Hutchins Center at Harvard University. Davis received her bachelor’s degree in journalism and creative writing from the University of Akron and her MFA in poetry from the City College of New York. She lives in the Bronx.

Yawper of the Year: Emily Blair

Emily Blair’s poetry has recently appeared or is forthcoming in cream city review, Indiana Review, Juked, New Ohio Review, Gettysburg Review, Gulf Coast and the Brooklyn Poets Anthology, among other places. She received a New York Foundation of the Arts fellowship in poetry in 2014 and in fiction in 2006 and is a member of the Sweet Action poetry collective. Also a visual artist, she creates multimedia books and collaborates with social practice artist Michelle Illuminato as Next Question. 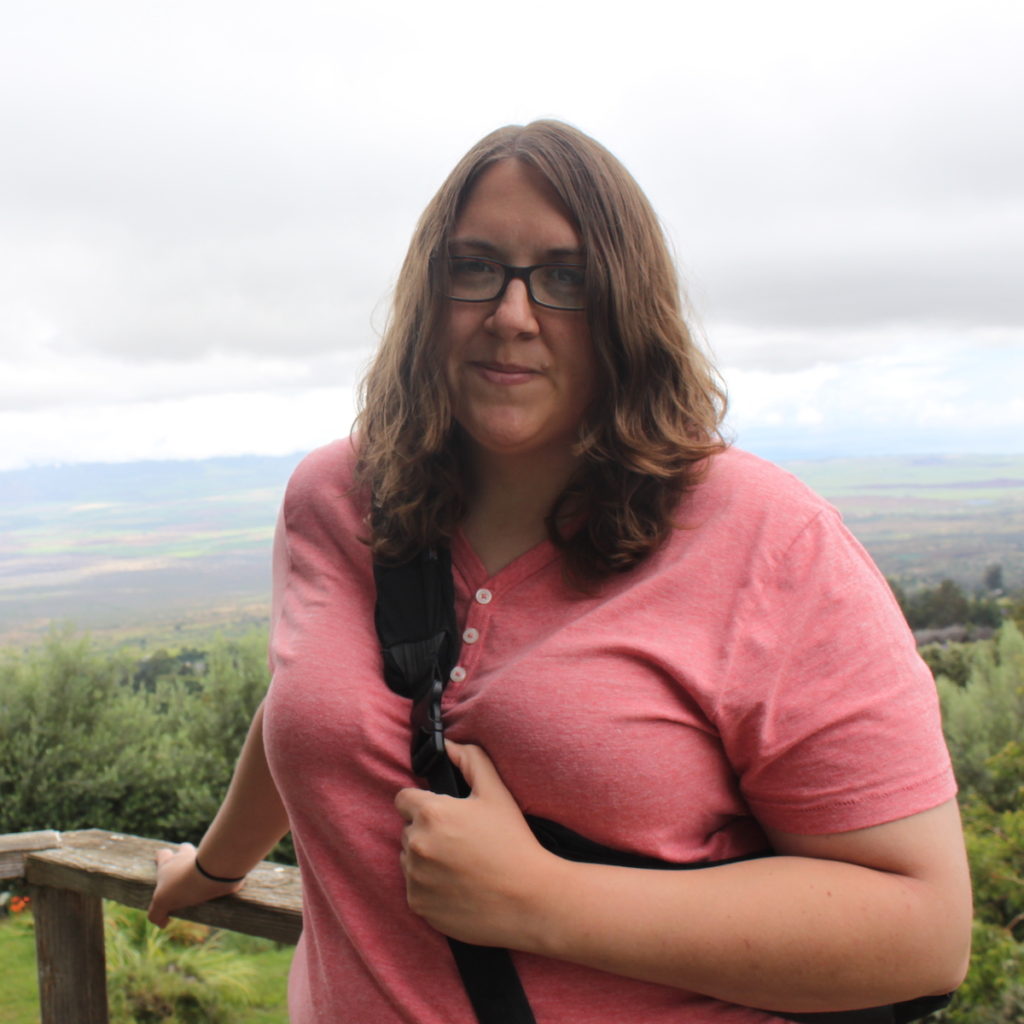 Shara Hardeson is a queer poet, copy editor and book reviewer. Her first published poetry appears in Newtown Literary, and her many book reviews can be found in the the Horn Book. She holds an MA in children’s literature and an MFA in writing for children from Simmons College. She is a member of the Sweet Action poetry collective.

Runner-Up Poem: “Where I’m From”

Rand Faris is a poet and aspiring actress from Jordan/Palestine. She moved to Brooklyn upon completing her studies in drama and psychology in London two years ago. Among her other artistic pursuits, Faris enjoys filmmaking and is getting interested in music.

Cindy Tran holds a degree in English literature from UCLA. In 2015, she received a Spoken Word Immersion Fellowship from the Loft Literary Center, and in the spring of 2017 she was named a Brooklyn Poets Fellow for study in Joshua Mehigan’s Sonnet workshop. In her free time, Cindy writes Yelp reviews, hoping that someone will search for a tasty pork sandwich in Manhattan and find her poem about sandwiches and racism.

Yawper of the Year: Arthur Russell 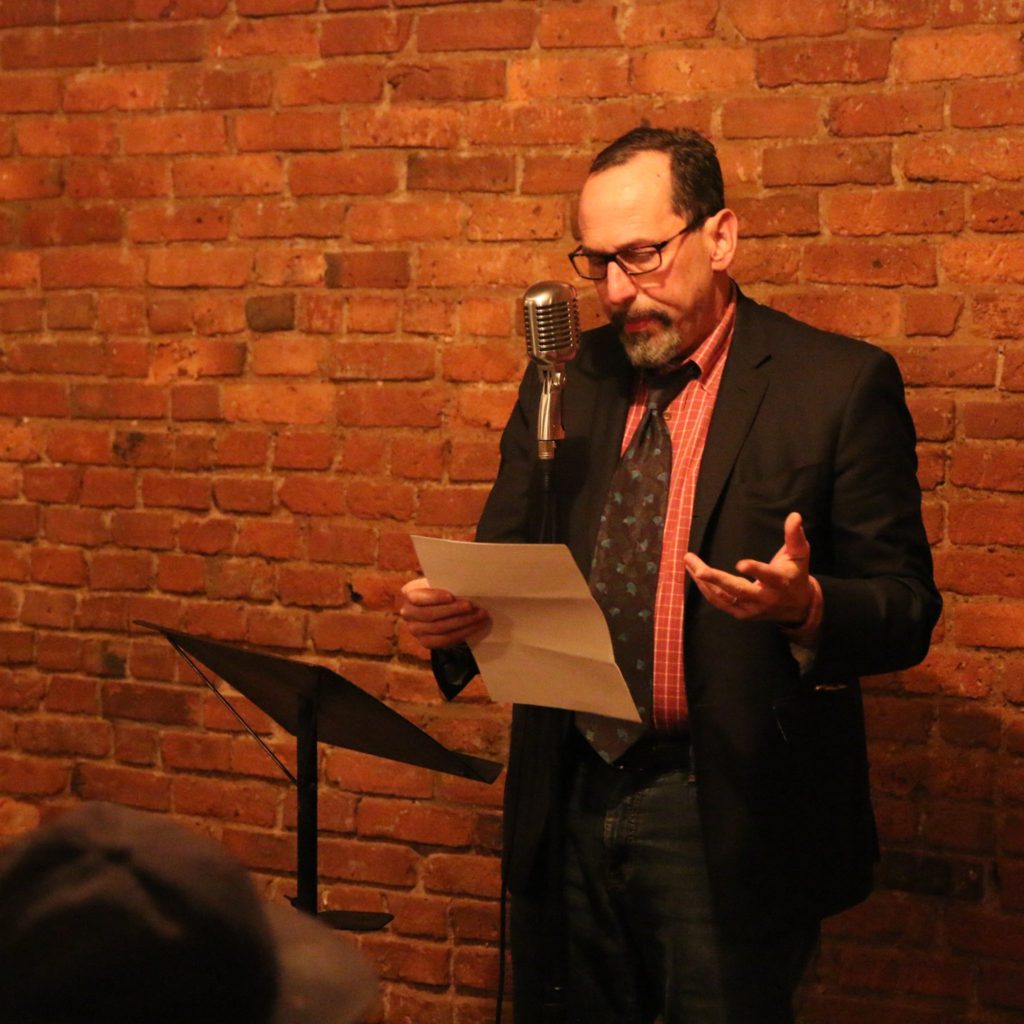 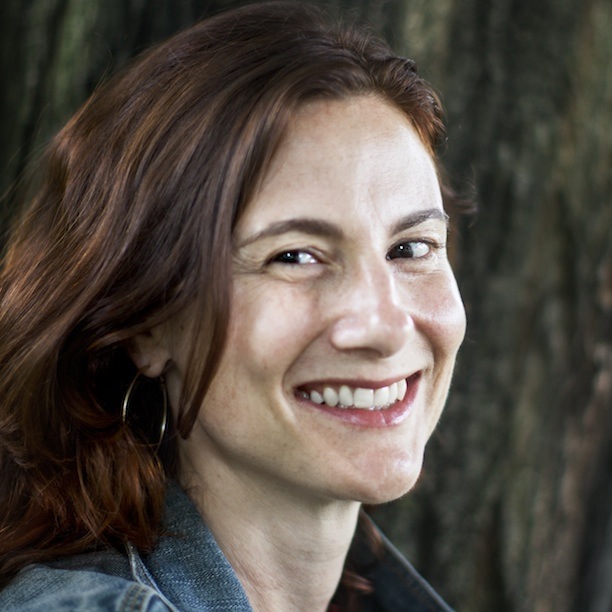 Julia Knobloch is a journalist and translator turned project manager and executive assistant. Before coming to New York, she worked 10+ years as a writer and producer for TV documentaries and radio features. Her essays and reportage have appeared in print and online publications in Germany, Argentina and the US (openDemocracy, the Brooklyn Rail, Reality Sandwich). She occasionally blogs for ReformJudaism.org.

Yawper of the Year: Julie Hart 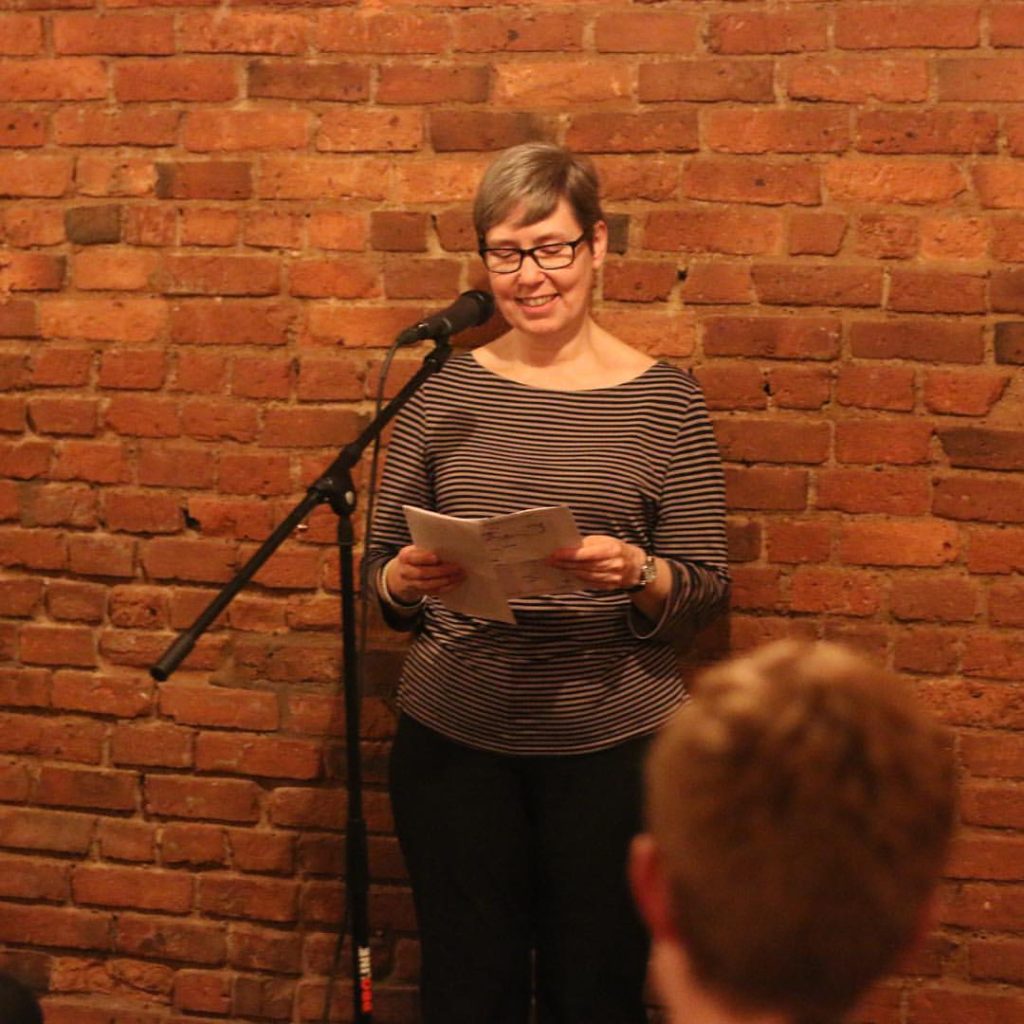 Originally from Minnesota, Julie Hart has lived in London, Zurich and Tokyo and now in Brooklyn Heights. Her work can be found in Five Quarterly, Denim Skin, PANK Magazine, The Rumpus, Vol. 1 Brooklyn and Floor Plan Journal. 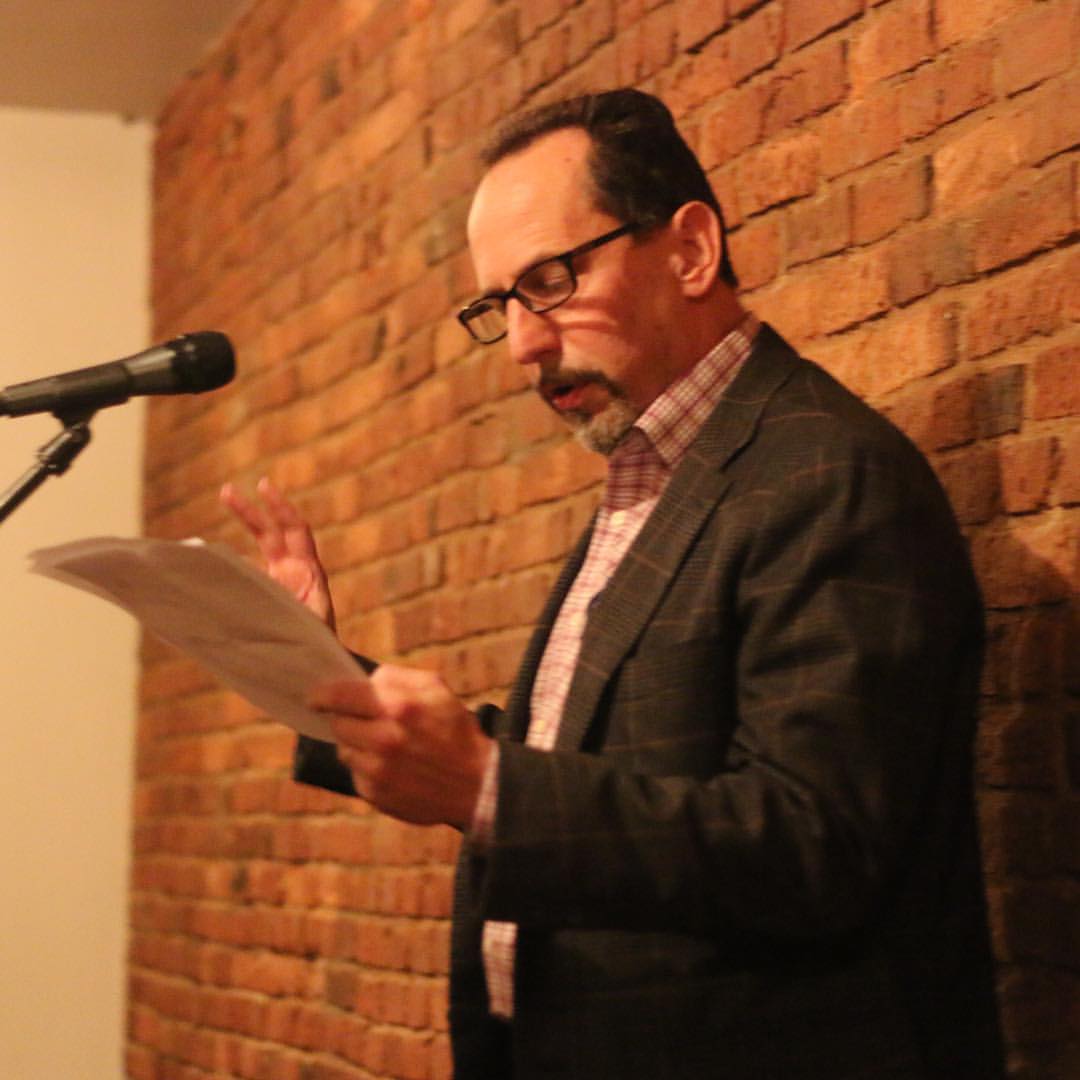 Winning Poem: “The Whales Off Manhattan Beach Breaching in Winter”

Arthur Russell is a 59-year-old man who, as far as his mother is concerned, eats too fast, talks too quietly and is far too sensitive. There was a famous avant garde cello player with the same name of approximately the same age, who lived in the same apartment building as Allen Ginsberg on the Lower East Side, and died of AIDS in and around 1992. This is not that guy, although when that Arthur Russell died, his credit card company placed a lot of calls to this Arthur Russell, dunning him for payment. This Arthur Russell works as a lawyer, but his real skills are fixing toilets and apologizing for things he didn’t do.

Yawper of the Year: Ricardo Hernandez 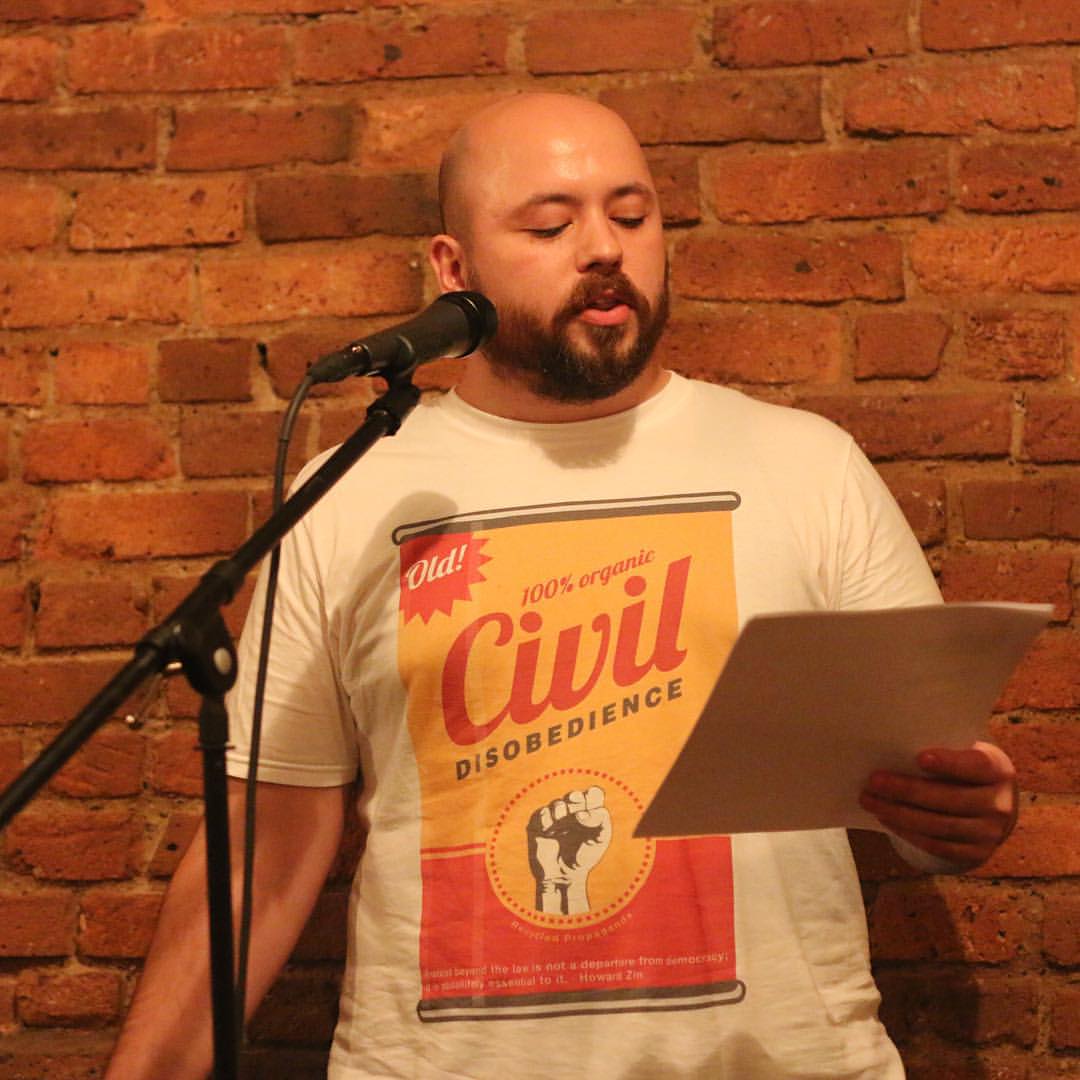 Ricardo Thomas Manuel Hernandez is a poet and spoken word artist from Bensonhurst, Brooklyn. He began performing throughout the New York City poetry scene in September 2012. Since then he has featured at Tom Kane’s Boulevard Bards, Saturn Poetry Series, Word at 4F, Ken Siegelman’s Brooklyn Poetry Outreach, The Nuyorican Poets Café and HOW TO BUILD A FIRE: A Brooklyn Storytelling Series, and starred as Allen Ginsberg in Brooklyn Gypsies’ Ghetto Hors D’oeuvres: Last Night of the Palladium.