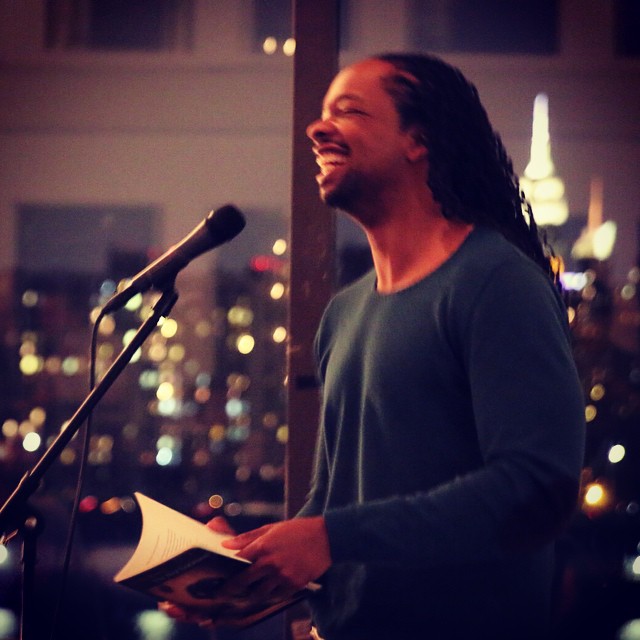 Named one of the best reading series in NYC as well as one of the 50 best free things to do in the city by Time Out New York, the Brooklyn Poets Reading Series takes place bimonthly at select venues in Brooklyn. Readings are free and open to the public.

Each reading features three poets, with at least one from Brooklyn and one from outside the borough, pairing emerging with more established poets and focusing on those from underrepresented communities. Readings are curated by Jason Koo. For inquiries, contact us.

Ananda Lima’s poetry collection Mother/land (Black Lawrence Press, 2021) is the winner of the Hudson Prize. She is also the author of four chapbooks: Vigil (Get Fresh Books, 2021), Tropicália (Newfound, 2021), Amblyopia (Bull City Press, 2020), and Translation (Paper Nautilus, 2019). Her work has appeared in the American Poetry Review, Poets.org, Kenyon Review Online, Gulf Coast, Pleiades and elsewhere. She has been awarded the inaugural Work-In-Progress Fellowship by Latinx-in-Publishing, sponsored by Macmillan Publishers, for her fiction manuscript-in-progress. She has an MA in linguistics from UCLA, and an MFA in creative writing from Rutgers–Newark.

Eugenia Leigh is a Korean American poet and the author of Bianca (Four Way Books, forthcoming March 2023) and Blood, Sparrows and Sparrows (Four Way Books, 2014). Her poems and essays have appeared in numerous publications including the Nation, Ploughshares, Waxwing and the 2017 Best of the Net Anthology. The recipient of Poetry‘s 2021 Bess Hokin Prize as well as fellowships and awards from Poets & Writers, Kundiman and others, Eugenia received her MFA from Sarah Lawrence College and serves as a poetry editor at the Adroit Journal.

Tom Sleigh is the author of eleven books of poetry, including The King’s Touch, just out from Graywolf Press, as well as Army Cats, Station Zed and House of Fact, House of Ruin. His most recent book of essays, The Land Between Two Rivers: Writing In an Age of Refugees, recounts his time as a journalist in the Middle East and Africa. He has been a Kingsley Tufts Award winner, a Guggenheim Fellow and a Lila Wallace Award recipient, and he’s received the John Updike Award, an Individual Writer Award from the American Academy of Arts and Letters, and two NEA grants in poetry. His poems appear in the New Yorker, the Atlantic, Threepenny Review, Poetry, the Southern Review, Harvard Review, Raritan, the Common and many other magazines. He is a distinguished professor in the MFA program at Hunter College.