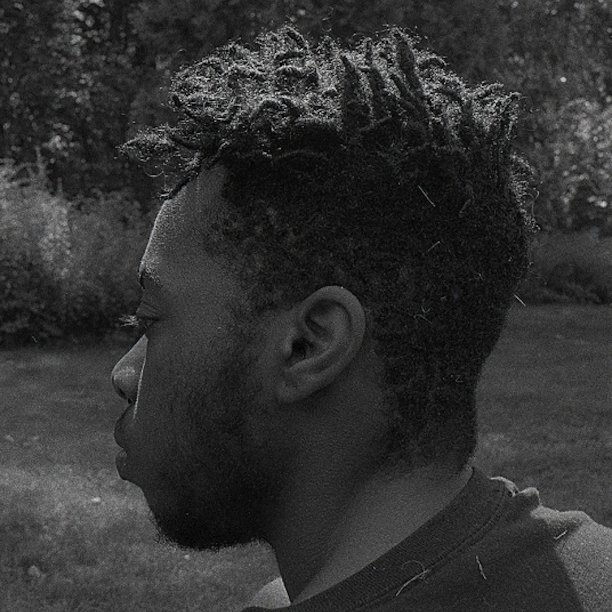 Anaïs Duplan is the author of a full-length poetry collection, Take This Stallion (Brooklyn Arts Press, 2016) and a chapbook, Mount Carmel and the Blood of Parnassus (Monster House Press, 2017). Their poems and essays have appeared on PBS News Hour and the Academy of American Poets website and in Hyperallergic, Fence, Boston Review and other publications. Duplan is also an artist and curator who has facilitated exhibitions at the Distillery Gallery, Elastic Arts, Disjecta, the Radical Abacus, Public Space One and at Mengi in Reykjavík, Iceland. Their visual works have appeared or are forthcoming in group exhibitions at Flux Factory, Thomas Robertello Gallery, Daata Editions, the 13th Baltic Triennial in Lithuania, and the Institute of Contemporary Art in LA. Duplan is the founder of the Center for Afrofuturist Studies, an artist residency program for artists of color in Iowa City, and is the joint Public Programs Fellow at the Museum of Modern Art and the Studio Museum in Harlem. On Thursday, November 2, they will read for the Brooklyn Poets Reading Series at 61 Local with Miller Oberman and Mervyn Taylor.

In my chapbook Mount Carmel I have an essay about the musician Dean Blunt. This poem is titled after a song of Blunt’s, “N’ Then She Said ‘I Need To Tell U Somethin, N’ Dont Hate Me For It … ’.” It’s a really sad song! It’s also somewhat grating. I wrote the poem thinking about my mother. Blunt is someone who continually leaps. He isn’t afraid to be complicated.

Love is always pandering outside our hearts’ doors. Grief is complicated! I wrote this poem thinking about leaping and argument. Fights with my mother, or the singular fight with my mother. For freedom! So I was thinking about leaping and argument with my mother, about refusing love. Giovanni Singleton pointed out about this poem that it was odd for the lines to leap as they do but still be constrained to the left margin. She asked me why the lines did remain constrained in that way and I couldn’t answer her.

A twenty-four-hour video poem called “The Lovers Are the Audience Who Watch.” I’m really inspired by Juliana Huxtable and that title is a line from her book Mucus in My Pineal Gland. That book was the first book I’d read in a long while that made my heart beat really fast as I read it. I felt like I was swimming in it.

Video has been therapeutic for me as a poet with visual sensitivities. I like the sights of things. The artist Jibade-Khalil Huffman has been inspiring to me here. He was a poet first and then, like me, wanted something more. The way he uses and thinks about video is sensually gratifying, it’s dense and complex—it’s invigorating! He’s layering and thinking about syntax. Oftentimes I want a lot more, visually, from a poem than I can get from most poems on the page. Me, I gotta see it to believe it. So that’s why I like writing poems that get played on video screens idly in galleries. That idea is therapeutic to me.

What brought you to New York?

I came to New York to teach a poetry workshop at Columbia. Once I got here, I started working at the Studio Museum in Harlem too. I wanted to be somewhere with a lot going on, which New York is. I learn many new things every day here, in particular about intimacy and friendship. In New York, I fall in love very often. I said to someone I love recently that I thought I was getting better at falling in love.

I live in Harlem. It makes me riotously happy! I love to be around people who look like me all day long, so often you lose track of the very idea of “being around people who look like you.” I can walk to both of my jobs from where I live. There’s a park nearby. The other day I ate fresh dates, which were green and attached to a stem, for the first time. I bought them from a fruit vendor on the way to Studio. Compared to other places I’ve lived, Harlem is paradise.

Yes! A poetry community is a relatively amorphous group of poets who keep in communication in some form or another. My friend Devin once said, “I talk to a lot of people online.” I think about that often. I talk to a lot of people online! Many of them are poets, who I then get to see in person at events. My community is multidisciplinary—many of my friends are visual artists and musicians. New York is crawling with creatives! It’s great! It’s been easy to make friends here, easier than anywhere else I’ve ever lived. But that also has to do with the version of myself I’m able to be here. Communities are about successful and ongoing relationships with other people. Networks of people!

Wendy Xu helped me get closer to my own voice. When I read her, I feel comfortable there. I had this experience, after I’d read her book You Are Not Dead on my lunch break at work, where I got into such a mood that instead of working I wrote a poem directly onto my desk. That poem was called “The Flying Phalangers.” I wrote it in pencil and left it there until the end of the day, when I copied it into my notebook. I worked at a ceramics studio.

Michael Dumanis. He influenced me with wisdom. Mark Levine, same. Elizabeth Willis because she is a genius. Shane McCrae for the same reason. Dottie Lasky for her light.

Some of my poetry mentors aren’t poets per se. I listen to rap music. I read signage. I’m mentored by the news media, unfortunately. And maybe I’m interpreting “mentor” pretty broadly. A mentor is anyone who shows you how. I have many mentors! My friend Benjamin Krusling showed me a book by Mei-mei Berssenbrugge called I Love Artists. I love Mei-mei’s enthusiasm.

This is a massive list. One that stands out now is Sophia Terazawa’s I Am Not a War. I read one of her poems in Poor Claudia called “To Shower After Four Days” that blew me away. Toni Morrison’s Song of Solomon, bell hooks’s Killing Rage, some Leibniz and Spinoza, Wordsworth, Pedagogy of the Oppressed, many more poems! I’m interested in reading more experimental novels. Actually, I welcome suggestions for novels in that vein to read.

I celebrate you,
And what I’d tell you is,
For every you, there’s a me as good as you.

I might’ve fudged with that a little.

I fucks with anywhere Haitians gather.