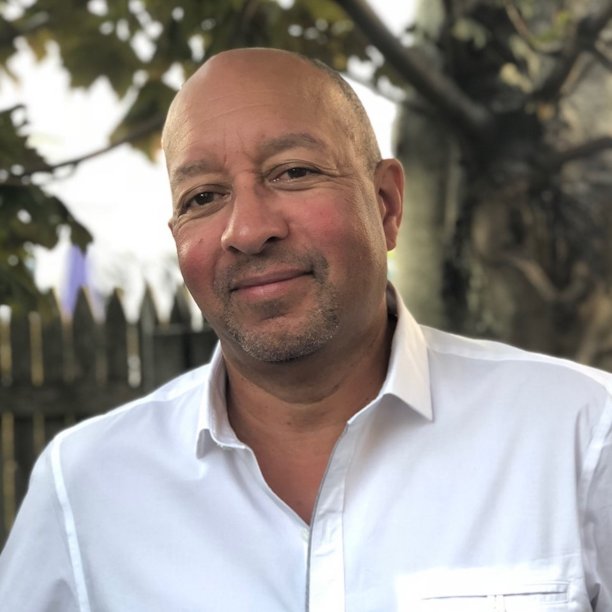 Carl Phillips is the author of sixteen books of poetry, most recently Then the War: And Selected Poems 2007–2020Book link opens in a new window (Farrar, Straus & Giroux, 2022). His honors include the 2021 Jackson Prize, the Aiken Taylor Award for Modern American Poetry, the Kingsley Tufts Award, a Lambda Literary Award, the PEN/USA Award for Poetry, and fellowships from the Guggenheim Foundation, the Library of Congress, the American Academy of Arts and Letters, and the Academy of American Poets. Phillips has also written three prose books, most recently My Trade Is Mystery: Seven Meditations from a Life in WritingBook link opens in a new window (Yale University Press, 2022), and he has translated the PhiloctetesBook link opens in a new window of Sophocles (Oxford University Press, 2004). He teaches at Washington University in St. Louis. On Friday, November 4, Phillips will read for the Brooklyn Poets Reading Series along with Luther Hughes and Lynn Melnick.

Continuous Until We Stop

But when I came to what I’d been told

was the zone of tragedy—transition—it was

not that. Was a wildering field, across it the light

deepened their colors: blue-green, or

a greenish blue … hard to tell, exactly. Was like

when the body surrenders to risk, that moment

when an unwillingness to refuse can seem

no different from an inability to,

though they are not the same—inability,

unwillingness. To have said otherwise

doesn’t make it true, or even make it count

as true. Yes, but what does the truth

matter now, I whispered, stepping further inside what,

by then, was night, almost. The tamer animals

would soon lie down again, and the wild go free.

I think that poem was written around 2008, so it’s almost impossible for me to say what went into the making of it. I used to cruise a fair amount—as in sex, as in the woods—and that’s likely the context for this poem, though the poem didn’t come out of any particular experience. The part about tragedy as the zone of transition is an idea that I learned in a grad class long ago. It’s from an essay by Karl Jaspers called “Basic Characteristics of the Tragic.”

I finished a new poem last night, so that’s the latest thing I’ve worked on. Today I’m working on when I should start my pizza dough for tonight’s dinner. I tend not to be working on anything in particular when it comes to writing. I write poems here and there, and eventually I feel like I might have enough good ones for a book.

A day with my partner and my dog. A good day could mean a day spent making an excellent meal to share with others. It could mean an afternoon of great sex. It could mean I wrote a poem that pleases me. It often means that I’ve taught well that day.

Where’s home for you? How long have you lived there? What do you like about it? How is it changing? How does it compare to other places you’ve lived?

I live in St. Louis, have lived here for almost thirty years, after moving out here for a temporary three-year job that turned permanent. I like that it’s affordable, and that it has a slight city vibe without being overwhelming like, say, NYC. It’s been a good place for me to do my writing and not be distracted by the nonsense that seems to happen on either coast routinely. But my real home is Cape Cod, to which I’ll be moving in about a year for retirement. I grew up there from high school onward, and I miss the ocean being part of my daily life. I’m a very private person, and the Cape allows for solitude and places to hide from other people. That’s my plan.

I was in Brooklyn for the book festival maybe eight years ago. All I remember is I was on a panel and I came down with a bad cold that night. I flew home the next morning.

I like Whitman. Most of the time he overwrites, but certain poems have been important to me, especially “I Saw in Louisiana a Live-Oak Growing,” for its intimacy, for its insistence on the importance of intimacy.

And you have just informed me that Auden was from there, but I can’t count him—he’s a British poet who moved there.

Yiyun Li’s new novel The Book of Goose was excellent. Hard to say why except that Li is a singular writer and every book of hers makes me rethink what fiction can be.

I’ve since read another small novel, Cold Enough for Snow by Jessica Au. Loved it. As with the Li book, it’s hard to sum up without writing a whole book review. I guess I’ll just say that the atmosphere that Au conjures is addictive.

I read several things at once, according to mood. It’s an organic process, not a planned one. I prefer physical books, I don’t read Kindles, etc., though I will be getting used to Kindles when I retire, since I won’t have room for lots of books in the house. And am I a note-taker? When reading? No. Why would I take notes when reading, unless I was prepping to teach or give some presentation on the book …

Besides home, the beach.

Why Brooklyn? As in why am I going there? Because I was invited to read!