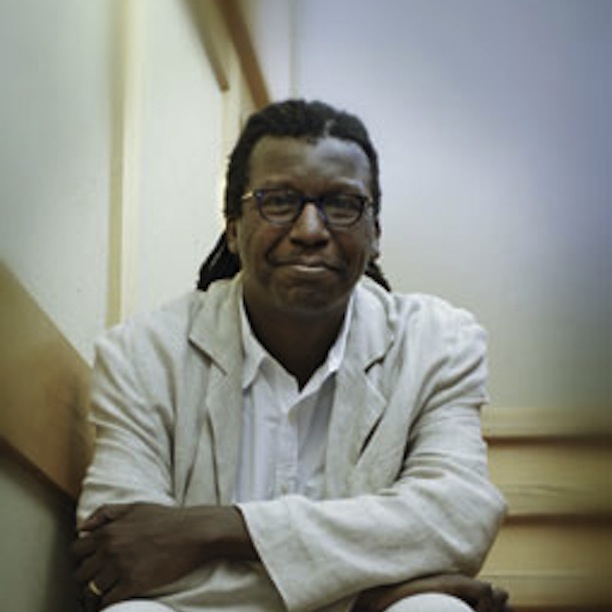 Cornelius Eady is the author of eight books of poetry, including Hardheaded Weather: New and Selected Poems (Penguin, 2008), nominated for an NAACP Image Award; Brutal Imagination (Putnam, 2001), a finalist for the National Book Award; The Gathering of My Name (Carnegie Mellon, 1991), nominated for the 1992 Pulitzer Prize in Poetry; and Victims of the Latest Dance Craze (Ommation Press, 1986), winner of the 1985 Lamont Prize from the Academy of American Poets. With Toi Derricote, he is co-founder of Cave Canem. Eady’s Running Man was a finalist for the Pulitzer Prize in Drama and awarded a 1999 Obie for best musical score/lead actor in a musical, and his Brutal Imagination won the 2002 Oppenheimer award for the best first play by an American Playwright. He is Professor of English and the Miller Family Endowed Chair in Literature and Writing at the University of Missouri-Columbia.

I am never alone in this world.
Here are the famous silhouettes on the
window shade
And the reason they embrace:

And down the block, where everyone else is dreaming
or trying to dream,
Off the walls of the Baptist church,
Off the man who leans on the pharmacy at the corner
waiting for the phone to ring,
Off the empty seats of the ice-cream parlor,

Around the corner to the all-night grocery
Where the kid behind the bullet-proof glass
sways his hips,
His feet making tiny, absent steps
upon the floorboards.

It is a spring night, and perhaps every street
is like this,
The air rich and edible as fruit.
A couple, returning from a dance,
Takes the center of the sidewalk with a generous,
uneven gait,
Aiming for each other’s lips, but hitting the eyebrows,
the forehead . . .

It doesn’t matter. Tonight, as I watch from above
We all fall in love,
As would anyone who crosses the lovers’ path
As their shadows glide across the front porches,
Brushing against the stoops,
Too busy to notice they’re locked in the beat
Or that a light goes out above their heads.

–From Victims of the Latest Dance Craze, Ommation Press, 1986.

In 1980 my wife Sarah Micklem and I lived in Brooklyn, on Prospect Pl, near the corner of Vanderbilt Ave. We moved out around 1982-83 when I got a writer-in-residency position at Sweet Briar College. Although “Seduction” was written in Virginia at Sweet Briar, it’s a slightly home-sick memory piece, an almost literal “walk down the block” to the church right next door to our apt., the convenience store with the bullet-proof glass–very 80s Brooklyn. The neighborhood has changed considerably since we lived there.

I just finished a double chapbook/double CD of songs, Book of Hooks, with Kattywompus Press, and I’m now at work on another possible music/poetry CD project, setting to music some poems by Sterling A. Brown with members of my band, Rough Magic. I’m also working on Patient Zero, a new music theater piece with Diedre Murray.

I’m now in my seventh cancer-free year (prostrate), and here’s what I know: Even days that are far from perfect are good.

So you don’t live in Brooklyn. Where’s home for you? What’s it like being a poet there? As Jay Z might ask, Can you live?

I don’t live in Brooklyn; we’ve lived in the West Village since moving back from Virginia in 1989, and I now live a commuter life, between NYC and my latest teaching job as an endowed chair at the University of Missouri-Columbia. But Brooklyn still has its sway: Cave Canem, an organization for black poetry, begun by my myself and Toi Derricotte in 1996, has its office in DUMBO. We hold readings and run workshops there, so I’m there a bit. I’ll be teaching a weekly poetry workshop there beginning Oct 5th. Music Theater Group, the producer for many of the shows I’ve written with Diedre (including Patient Zero) is in the same building as Cave Canem at 20 Jay Street. And my band, Rough Magic, rehearses in a space only two blocks away from our old apt. on Prospect Pl.

How often do you come to Brooklyn? What neighborhoods do you go to? Share with us your experiences, impressions, etc.

I’m in Brooklyn a few times every month, either for music or for poetry, and it’s mostly DUMBO and Prospect Heights. The changes to both are bittersweet to folks my age.

Favorite places to read and write in Brooklyn?

I’m not a coffee-shop/iPad sort of writer, if I’m not misunderstanding the question …

Walking across the Brooklyn Bridge.

Patricia Spears Jones, all the Cave Canem poets who live there.

Why compete with Walt? Those lines of his are about as pure American–the America that opens its arms to ideas and people–as you’ll hope to get. They don’t need a new coat of paint.

Why of course, Brooklyn!