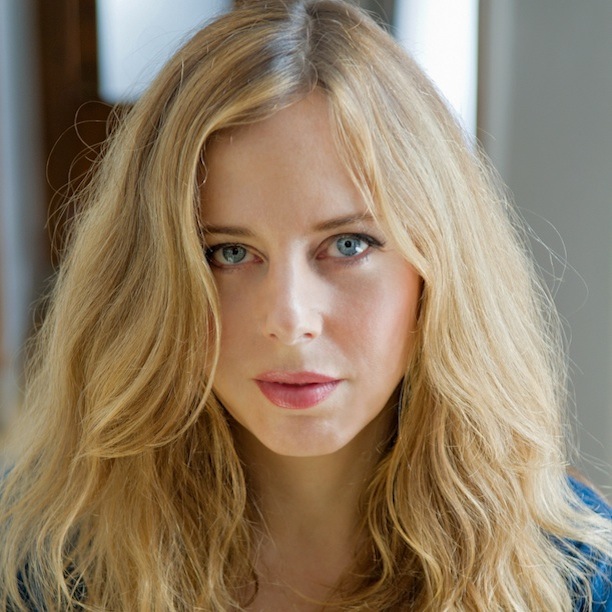 Deborah Landau’s third collection of poetry, The Uses of the Body, was featured on NPR’s All Things Considered, named one of the “16 Most Exciting Books of 2015″ by BuzzFeed and a “Book We Can’t Wait to Read” by Vogue, and was in the top “8 New Books to Savor” by O, the Oprah Magazine. She is also the author of The Last Usable Hour and Orchidelirium, which was selected by Naomi Shihab Nye as winner of the Robert Dana Anhinga Prize for Poetry. Her work has appeared in the Paris Review, Tin House, New Yorker, Poetry, Wall Street Journal and New York Times, and her poems have been widely anthologized. She teaches in and directs the creative writing program at New York University and lives in Brooklyn with her husband, sons and daughter.

And who wouldn’t in summertime,
in the dumb heat,

stoked with solstice tempted
by tongue and taking.

and prevalent the sweet gum of it, billowing—
and I hoped but thought I’d be wrong about it.

(Tilled glorious forceful and gentle
and yes it was true we were able.)

cherry jello, utero, unspooling each perfect
and upon again a summer day.

Now there can be no doubt about it—
we saw her, bald and silverfisted on the screen.

Romping now a female at the zero
at the middle at my plumping core.

Notyet was the word of the summer.
Not yet not yet
but growing more humptyhumped each day.

She wombed in, set up a bland
soothing ring in which I lay and lay.

She and I, we are perfect and slow,
we are hope and future-leaning,

we are tucked into bed,
swollen and doubling, beating inside.

She lumps there, visiting, adrift.

I’m a bore, a dud, and she grows ready,
steady, bellying up and down.

Thick last week of waiting.
Too fat to graze, slothing

up Park to the doctor. Too tight
for a walk too lagging and always

in a hot funk and stalled there now.
How’s this ladies and gentlemen?

Have you a taste for a birth,
for a bludgeoning?

Raise a glass to the stethoscope, the belly,
the tongs and slashery, to creeping

around slippery and hopeful on all fours.
The teleprompter reads liberty reads hosiery

reads zany, loose, glucose, says get ready
to plonk one out.

A birth, a hurdle to vault, and then the toes
the scum, the potty and bumpers of it.

This excerpt is from the last long section of my book, “Late Summer”—which was written all in a rush in an attic room the summer I found myself unexpectedly pregnant with my daughter. The wildness of the language was energizing and propelled the poem along; it has a messy headlong energy that (I hope) captures the forcefulness and weird joy of that experience.

I’m trying to write new poems, and also working on a couple of essays.

These are the good days. My life is full of love, and work that I love. I feel fortunate to get up every day and read poems and write poems and talk with friends and colleagues and students about poems.

I’ve lived in Park Slope for nearly four years now. When I first moved here (from the Village, then SoHo) the Mister Rogers Neighborhood of it all was rather shocking and took some getting used to. But it’s a beautiful neighborhood, calm and quiet and near the park. Wisteria grows along my office window. Lots of nice people live nearby.

Walking along the street feeling annoyed by all the babies and dogs, then realizing that I have a baby and a dog.

Walt Whitman. Because of his music and life force and eroticism, and for wisdom such as:

It seems to me that every thing in the light and air ought to be happy,
Whoever is not in his coffin and the dark grave let him know he has enough.

Community Bookstore. It’s on my way to the subway and I can always find the perfect book there.

The Q train. I use it as a moving library.

I’ve been reading Knausgaard and Ferrante like everyone else. I also really loved Maggie Nelson’s The Argonauts.

Do I have to? I think Whitman did it well enough.

See above (the part about a baby and a dog).