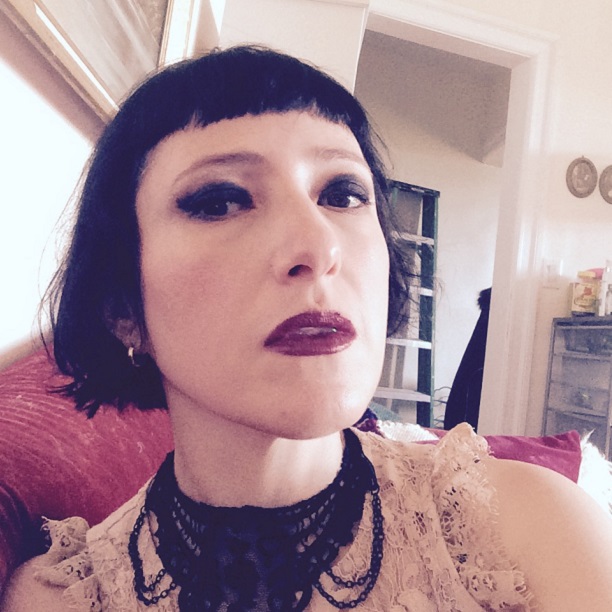 Kate Lutzner’s poetry and stories have appeared in the Brooklyn Rail, Mississippi Review, Rattle and BlazeVOX, among other publications. She has been featured in Verse Daily and nominated for a Pushcart Prize and the Best of the Net Anthology. Her novel The Only One Who Loves You came out for Kindle in 2013 and her first chapbook, Invitation to a Rescue, was published by Poet Republik Ltd in 2016. “Speculating on the meaning of birdsong” appears in the Brooklyn Poets Anthology, released this past spring.

Speculating on the meaning of birdsong

There is a space inside me dedicated to your needs.
I am thick, like the grass above a grave. There is nothing
glamorous about recollection. This morning, a sparrow
visited our feeder. Its small ability, the way it leaned
in. We were all delicate once. I blame you for the chair
stranded in my mouth, for how I strain to hear
the bird’s gentle song. We rested but did not sleep,
arranged next to each other like trees. It turns out
I don’t know you very well. I see your quiet pleasure,
the way your slumber has nothing to do with me.
Let’s take a walk tomorrow, get lost in mutual
destruction. The track can contain our sorrow
and our desire, but not much else.

When I write, something kind of takes over. I actually don’t feel like I write the poems—it’s deeper than that, and when I look back on what I’ve written, I don’t feel a true association with it. I mean, I do recognize parts of the poems as being in me, just not the structure, the verse of it. I remember writing this particular poem; by that I mean the emotion behind it, just not the specifics, or really how it came to be.

Lately I’ve been writing about nostalgia. I tend to get mired in a topic, a set of phrases, and work around that for a while, until I’ve written it out. For the time being, at least.

A good day is a day I have to myself, or with friends some and some to myself. It definitely includes writing, if the urge comes to me. And my cat, or petting random dogs on the street.

My sister brought me to New York and I lived in the city first. It took a while to wend my way towards Brooklyn, but once I visited I was hooked. I like the relative quiet of my neighborhood, the way the trees turn, the way I saw a bird outside my window on the fire escape this morning.

It’s filled with Victorian houses. I love walking there. The proximity of Prospect Park, the rich cultural heritage. It’s different from my last neighborhood in that that came to be a little more of a shopping district, with people standing on the street corner asking where a particular vintage store was because it was in their guidebook. When I moved to my current neighborhood, I chose a place a little off the beaten path. It could become the beaten path, you never know, but for now, it’s still a bit protected from, say, nightlife.

That’s a difficult question. It’s hard to point to one instance in time, in the past, and define a place by that. I think it’s all the minutes we spend somewhere that add up to its feel. I’d probably choose an instance of walking my dog, Flynn, who passed away, along the Brooklyn streets. He looked more like a rabbit than a dog, or at least people tended to think so. One time I was carrying him in a bag and he was lying still, with his eyes open, and these two young girls pointed to him when he moved and screamed. They were terrified because they’d thought he was a stuffed animal. I’m not sure how Brooklyn-centric that is, but it was a defining moment for me somehow.

I see a poetry community as being a group of poets, which can consist of as few as two, who perhaps send their work to each other, perhaps read to each other over the phone or in person. This might consist of having group readings, or not. I think a reading can be small, just enabling each poet’s literal voice to resonate with their own work. I love hearing poets read their work aloud—on YouTube, wherever. There’s nothing like it. I think often, in order to obtain the sort of community you crave, you have to create it. I have done that, at times, and it was definitely rewarding. Going to school for my MFA created that feeling, as well, but again, I believe you have to nurture it.

I really like Joe Pan’s work. I have long been an admirer, since I met him randomly at a bakery in the city where he worked. He read several times at a literary salon I used to host with my sister in Williamsburg. I’m not usually certain where poets are “from” so it’s hard to say which poets are “Brooklyn” poets, though I also really like Joanna Fuhrman’s work and she’s definitely in Brooklyn because she’s in my neighborhood. She teaches these amazing classes out of her living room.

I think mentors can mentor in person or through their work. My earliest mentor, in the sense of mentoring through his work, was T.S. Eliot. I used to read his poetry to my mom when she wasn’t feeling well, and for the longest time I thought poetry was the cure-all for so many illnesses. I’ve always loved Sharon Olds’s work, and I’ve had the good fortune of having her as a teacher, albeit very briefly. I also had a short but influential workshop with Galway Kinnell, whose poetry I love reading, as well as with the wonderfully generous Grace Paley. I’ve also had many teachers along the way who have been supportive of my work, which I am grateful for. And friends.

I’m reading Tova Mirvis’s The Book of Separation. I like that it’s about allowing oneself to separate in a way that holds true to one’s heart. I reread the same poems over and over, Olds’s “I Go Back to May 1937,” Plath’s “Tulips,” Sexton’s “A Story for Rose on the Midnight Flight to Boston.” I gravitate towards poems that contain an amount of emotional truth for me, whether it be just a moment or a whole washing-over.

All of my teachers’ work—I’ve read some, but by no means all. I love reading new work by poets I know. There are books I’ve put off because I read so slowly, and books I’d like to read again, like Sartre’s La Nausée. I remember having a visceral reaction when I first read it. I used to read in French, but have let my knowledge of the language go. It’s an entirely different experience to read the work in its original language, be it poetry or prose.

I like to stop in a bookstore and read the first paragraph of twenty books. I’ve been an editor, so maybe that’s where I get the skimming mechanism for choosing books to read. I can tell right away if I’ll like a book, or at least if I won’t dislike it! As I mentioned, I read slowly, so I’ll often choose a collection of short stories or poetry to read in my spare time, whether at night or on the train. I don’t see people reading on the train as often as I used to, myself included. We’re all glued to our phones. That being said, although I own poetry books and still flip through them, and love the physical manifestation of the book, I have a novel on Kindle and often read poetry online myself.

I’d like to try writing a sequence of haibun, the Japanese form, where I write about one topic for a while. I find the form to be both beautiful and challenging.

I like to write in groups, such as a few poets gathered in a living room, timed and maybe with a prompt. Then I like to hear what others have written, to see how differently we all react to the same prompt. I like to write in coffee shops, though I don’t do that as frequently as I used to. I like a little commotion around me when I write.

Like I mentioned, I love Prospect Park. I like walking, rather than staying in one place for too long. I like to pass by strangers’ houses and to imagine their lives there. I love churches in my neighborhood and throughout Brooklyn, but I don’t often know the names of them.

I celebrate humidity, how we eye the center of a flower, the
plush and pull of it.
And what I urge you to know is the experience of a grain of sand,
not the irritation or ugliness of it.
For every sinew of my heart is in me as good as it is in you.

The fight of youth

My childhood, bruised the way of apples, and dirt, and over-worked jacks
of trades, my childhood, the way you would turn me in the kitchen to rob
me of my quarters, the way you broke my piggy bank and penned
me to the wall so I would give up my love
for you, only it wasn’t there, it wasn’t until Brooklyn
that I would know what it meant to give up, or to be filled to the top with
sin
like an x-rated window or anywhere the bigness
of my heart would go, like a dodger
so unpleasant he is almost pleasant, so lacking of mouth or pen.

*I can’t believe I forgot “father”—is that acceptable?! I think I was writing the whole thing around that word …

Because Brooklyn is the soft, second, lovely, mature, feisty cousin of Manhattan.