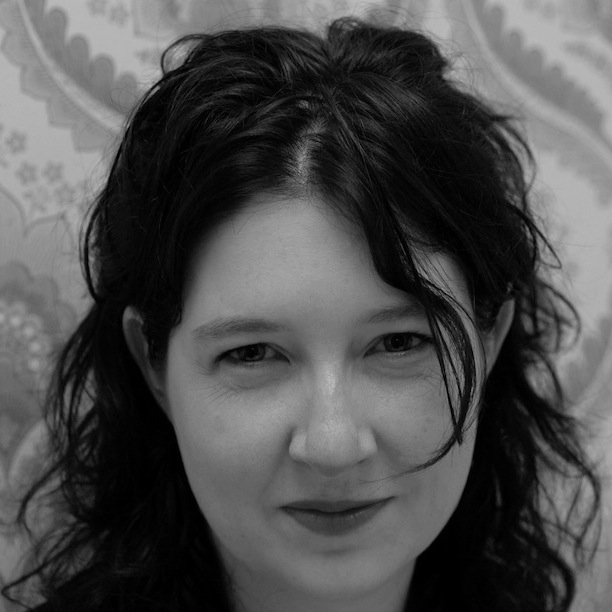 Matthea Harvey is the author of four books of poetry, most recently Of Lamb, an erasure illustrated by Amy Jean Porter, and Modern Life; as well as two children’s books, Cecil the Pet Glacier, illustrated by Giselle Potter, and The Little General and the Giant Snowflake, illustrated by Elizabeth Zechel. Her next book of poetry, If the Tabloids are True What are You?, is forthcoming from Graywolf books in 2014.

My love works the night shift at the Empty Pet factory. I’ve only been there once and I still have nightmares about the heartless hamster he had me hold in my hand, the rooms of inside-out Chihuahuas drying on racks. The pet waitlist keeps getting longer. Celebrities love them. To the outside world you can continue to seem like America’s sweetheart, simpering, I do hope the fox gets away as you dig your heels into a horse filled to the brim with vitriol and follow the flash of red over the hedge. Only the keenest eye could detect that you just screwed your horse’s shiny eyes into its head after emptying handfuls of hate into its big glossy body. This morning, over breakfast, he tells me excitedly that they’ve perfected the Unrequited Love Puppies–their chubbiness will serve as camouflage for the love bulging and straining against their doubly reinforced seams. He’s getting toast crumbs all over his uniform. One lands inside the Empty Pet logo on his lapel–an outline of an indeterminate mammal. The cages stacked in the corners are quiet. The parrots think it’s night when the covers are on. They’re all factory rejects–couldn’t learn to keep quiet the things they’ve been told. At night, when he’s gone, sometimes I turn on all the lights and let them squawk the test secrets they’ve been fed in the laboratory, a glorious cacophony of I hate your mother, Your best friend made a pass at me and I never liked your nose. I think one day he’ll come home and find me in there with them, repeating over and over again, You don’t understand me. You never have.

I think it was inspired by a dream about empty pets, but I can’t find the notebook where I wrote it down. Most of my favorite dreams are about animals—like one where I walked into a pet store full of Barloogs (like prairie dogs but without arms and legs–nice fat rodent balls) and I said, “Oh, I’ve never seen a barloog before,” and then woke up. Barloogs haven’t made their way into a poem yet, though.

I’m finishing a book of poems, If the Tabloids are True What are You?, which is a mixture of poems and images (silhouette cutouts, embroidered handkerchiefs, photographs of miniatures and an erasure of a Ray Bradbury story). Graywolf is publishing it next August. The last series in the book concerns Antonio and Esterre Meucci—Antonio invented the telephone before Bell, but couldn’t afford to renew his patent and was generally swindled once he moved to the U.S. (from Florence via Havana). Esterre was a seamstress so I decided that she would embroider his patents onto handkerchiefs for each birthday. This week I’ve been finishing up stitching a stone piano (an imagined patent) and also freezing the book title into ice cubes (as one of many cover experiments).

Going to galleries or a museum, having lunch with friends, staying at home, reading, writing, sewing, photographing. Anything that involves my brain or my eyeballs or both. Today I’m off to the Bronx Botanical Garden to check out Philip Haas’s sculptural recreations of sixteenth-century Italian artist Arcimboldo’s paintings of people made out of fruit and books and fish.

I’ve lived in Brooklyn for thirteen years. First I lived in Williamsburg with three sculptors and three cats (one of them mine, who is now 19). Then I moved to Carroll Gardens with my husband, where we lived next to some Italian grandmothers who were friends (I once saw one of them throw an onion down from the third floor to the other on the street) and now we live on the border of Park Slope and Windsor Terrace. I live in a curvy building on a circle that is called a square. We have great neighbors in our building—we made flower pits for our trees together, prying out bricks (discovering a completely flattened rat in the process) and cementing them into a little wall.

A few winters ago, there was a gigantic snowstorm. Rob and I always go for a walk in the park the next day to watch dogs surfing through the snow, but this time, we went out during the storm and discovered an opera singer singing her heart out in the bandshell. Lots of people were quietly gathered around, listening. It was an unforgettable moment.

I love Marianne Moore for her pinpoint precise eyes, her use of quotations, her amazing mind and because she had a pet crow. Some of my favorite poems of hers are “Diligence Is to Magic as Progress Is to Flight,” “To a Steam Roller” and “To a Snail.” So many of my brilliant poet-friends live in Brooklyn, so it’s too hard to pick a favorite living Brooklyn poet.

There are so many great ones! The ones I go to most often are Community Bookstore, BookCourt, and Spoonbill & Sugartown. The latter two have excellent store cats. Other bookstores I love are powerHouse Arena, Word, Desert Island and Bergen Street Comics (the latter two to feed my love of graphic novels).

I can’t really write anywhere except my office and I mostly read at home and on the F train on my way to other places.

Prospect Park (which is essentially our front yard), Dub Pies for coffee, Cog & Pearl in Park Slope and Swallow in Carroll Gardens for presents, Thistle Hill Tavern for hamburgers, Saul for their Baked Alaska, Toby’s Public House for pizza, and the Superhero Store for invisibility paint (which I keep in my office at Sarah Lawrence), walking along the water by the Verrazano bridge in Bay Ridge, the Wonder Wheel and the Mermaid Parade in Coney Island. I’m also a big fan of Staten Island (I know, another borough) but one which people should visit more!

You Are One of Them by Elliot Holt, Americanah by Chimamanda Ngozi Adichie, Space, in Chains by Laura Kasischke and a poem titled “The Hornet Mascot Falls in Love” by Patricia Lockwood.

I’m very sorry but I don’t think that my thoughts fit inside Whitman.

Because I love the view of rooftops from our bedroom window, because our own roof is excellent for spray-painting robots, because of the Brooklyn Museum and BAM and my incredible friends and family who live here and because New York City is just across the water.