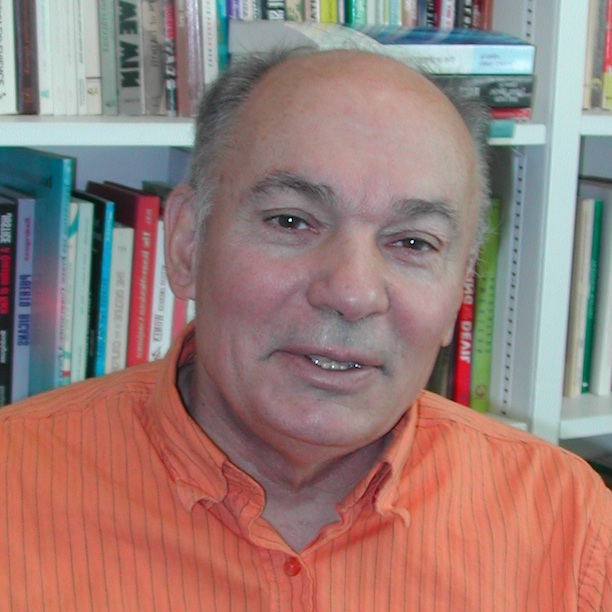 Renato Rosaldo is Professor Emeritus of Anthropology at New York University, a member of the American Academy of Arts and Sciences, and a former president of the American Ethnological Society. He is the author of Culture and Truth and Ilongot Headhunting, 1883–1974, as well as two award-winning poetry collections, Diego Luna’s Insider Tips (Many Mountains Moving, 2012) and Prayer to Spider Woman/Rezo a la Mujer Araña (Coahuila, 2003). His most recent collection, The Day of Shelly’s Death: The Poetry and Ethnography of Grief (Duke University Press, 2013) is his first book of antropoesía or “ethnographic poetry.”

if I want
Shelly’s body washed.
To dress her

then tell Sam and Manny
we’ll soon leave,
Mom will catch up.

I pack a pacifier
diapers      a toy truck      pajamas
Tintin in America.

My assignment, municipal center,
Kiangan, not yet Christian,

guerrilla cadres, New People’s Army.
To them my ears cut off
as much a trophy as my ArmaLite.

Here’s the man I was sent to find.
I order him to stop,
my ArmaLite at the ready,
Was there any foul play? I ask.
No, he says, it was an accident.

He’s pale, trembling, trudging,
with him two sons, a little boy and a baby.
In him I see
the same
ashen face
knotted shoulders
automaton walk
my father had
the day my mother died.
The same.

I tell the pale, trembling man
investigation’s over.
No reason to linger.

I walk the hill double-time,
reach barracks by early afternoon.

Please accept my gift, I say.

In Lagawe I own the only
tricycle taxi, orange, yellow, red,
fresh paint, curving lines.

After noon the soldiers arrive breathless,
say an American woman fell
from the precipice near Mungayang.

At dusk they arrive, Ifugaos, a few men,
two women, one carries the baby
of the American woman in a yellow backpack.

I shall be the one.

In a rattan hammock tied to a pole
Ifugao men bring the woman’s body.
The American man shoulders

his tears behind red eyes,
then he mumbles,
Taxi, and steps toward me.

He places his two sons on the seats,
then sits between them, offers to pay.
I’ve come here to give him a ride.

Please accept my gift, I say.

—From The Day of Shelly’s Death: The Poetry and Ethnography of Grief, Duke University Press, 2013.

Tell us about the making of these poems.

“Shelly’s Body Washed” was particularly painful to write. I resisted dwelling in that moment when I was unsure of what to do. I did not expect that difficulty and bringing details to mind was almost as awkward as that moment had been. “The Soldier” was one of the first poems in the collection that I drafted. It was an unexpected event, to be the target of an automatic weapon aimed at me. I was in shock and told the soldier “it was an accident” almost on automatic pilot. Yet I remember this interaction vividly. It’s almost a paradox, automatic pilot and vivid memory. I was startled when the soldier said “investigation’s over” and left. “The Tricycle Taxi Driver” was a powerful writing experience. After I finished the poem I felt a strong physical sensation and realized that some 28 years after the fact I had finally received his gift.

I am collaborating with two composers named Cristian Amigo and Gustavo Aguilar on a comic opera about the Balinese Cockfight. It’s a fictional take-off on a famous anthropological essay by Clifford Geertz. The protagonists are Geertz, Margaret Mead, Miguel Covarrubias and Dewa Biang Raka (a Balinese painter). I’ve drafted the libretto and the composers are composing. It’s been rewarding to work with musicians and to play things for laughs.

A good day for me is when I draft a poem. It brightens my day and I take it as a barometer of how I’m doing. If I draft a poem I’m doing well—that’s both a cause and an effect.

I’ve been in Brooklyn since the summer of 2008 when Mary Pratt and I moved to Fort Greene. Before that we’d lived six years in Manhattan, in NYU housing on 15th Street between 6th and 7th Avenues. Before that I’d lived many years in Palo Alto, California.

What I like most about the neighborhood is what it feels like to be on the street, the way I recognize people and greet them. There’s a strong feeling of community and place. I also like subways nearby and BAM, including BRIC.

What defines the Brooklyn experience for me is reactions I’ve had to my walk. I walk with a limp as a result of a stroke. One day I noticed four boys about 12 walking behind me, and I realized they were copying my walk; they said, pimp walk, cool, and laughed warmly when I noticed them. Other times adult men have said things like, “Keep up the swag.”

My favorite Brooklyn poet is Patricia Spears Jones. She’s been my teacher. Lisa Freedman has edited my work with a sure hand. Rachel Levitsky has been an inspiration. Maria Damon and Susan Brennan have been friends and creators of poetic community.

My favorite bookstores are Greenlight Bookstore (it’s also the closest to our place) and Unnameable Books.

My favorite place to read or write is my study in my apartment. I look out the window toward the Empire State building and find my focus. Actually I like to draft poems in bed. It’s a place where I can get out of the way and let poems come through me.

I most like going to Scopello or 67 Burger. I used to meet friends at Connecticut Muffin, but it’s closed now. I also enjoy the best of BAM: theater, dance, film, music at the BAM Café.

A wonderful book I read recently is Half the World in Light by Juan Felipe Herrera.

I celebrate love
And what I adore you should at least acknowledge
For every quirk in me as good as rattles you.

Manhattan is too, too. Too fat, too staid, too smug, too rich. Brooklyn still hustles, always hip, laid back. It’s got the accent, it walks the talk. The edges where it’s happening, not the center that thinks itself the navel. Brooklyn where people say hello. We’re already there, not in a rush, saying no time, no time, no time.