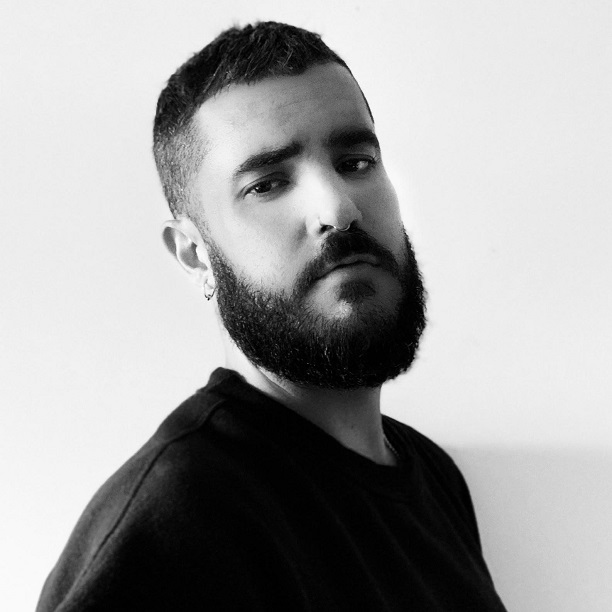 Richard Quigley is a graduate of the MFA Writing Program at Columbia University School of the Arts. He also holds a BA from Purchase College, SUNY, where he was a two-time recipient of the Ginny Wray Creative Writing Award and a winner of the Friends of Humanities / Academy of American Poets Prize. He was named a semifinalist in the 2019 Discovery / Boston Review Poetry Contest from the 92nd Street Y Unterberg Poetry Center. His poems have appeared or are forthcoming in the Adroit Journal, Small Orange, Day One, Phantom, B O D Y and the Grief Diaries, among other print and online publications. He lives in Brooklyn, New York, and is a lecturer in creative writing at Purchase College, SUNY.

Someone said it was better for me to be here.

I don’t believe her.

In my papery blue gown, I refuse breakfast.

She’s quick to remind me

I can’t bring it back to my room.

Who knows what harm I could do.

Later she calls me punk rock

and means well. Every hour, signs

of how alive I still am

are measured by the weight of machines.

Next in line, I’m promised a kingdom

cold water. I return to my place with the rest.

What are you doing here? she finally asks.

and with knife, tenderly pressing shut

the thing that came open.

A poem exists as a way to make sense of the senseless, to speak of the unspeakable. At the time that I wrote this poem, I had just climbed out of what felt like a dark fever dream, as I wasn’t able to fully understand what had happened to me. I knew that I had lived something, but I couldn’t remember living.

In the same breath, I hadn’t written in a very long time. It was almost like I had to prove to myself that I still knew how. It was difficult. I didn’t know how to begin, where to end, or how I wanted the poem to travel. But then I was able to find a way in.

“Abandonarium” was a visitation, meaning it arrived all at once, and completely. I’ve only revised very little of it, which has never been the case for any of my poems. Visitations rarely happen for me, as I’m a painfully slow writer. This poem was a gift.

The failure of memory is something I’m still coming to terms with, both in life and in my writing. Its function, or dysfunction, now bores itself into many, if not all, of my poems in some way or another.

New poems, getting a manuscript together, trying to make my bed every morning.

Waking up early with no alarm, having a clean apartment, getting a few hours to myself.

I broke up with Manhattan. (We’re still on good terms, though.)

I’ve lived in Bed-Stuy for the past two years, but have only been in the Stuyvesant Heights neighborhood for one. In my (almost) eight years of being in New York, this has been my favorite place to live. It’s so vibrant and beautiful, from the tree-lined streets to the architecture to the people. Everyone is kind to one another. I know that the neighborhood is changing, because all neighborhoods are changing, but there’s still such a feeling of authenticity here.

Four years ago, I fainted on the L train during morning rush hour. It was so tightly packed that my body remained upright until three stops later, when I came to. No one noticed. It was kind of perfect.

The poetry community in New York is constantly evolving, expanding and redefining itself. It’s incredible, really. To have such a supportive, inspiring community of poets who are also friends, colleagues, teachers and heroes—I’m so very, very lucky to be a part of it.

All of them. Even the ones who’ve left Brooklyn.

I feel like every poet I’ve ever read has mentored me in some way or another, but I owe so much to the incredible teachers I’ve had over the years, including Lucie Brock-Broido, Monica Ferrell, Rob Ostrom, Cate Marvin and Cynthia Cruz.

Franny Choi’s Soft Science is an absolute knockout. Read it for yourself.

My reading process is pretty erratic. I pick books up, put them down, come back to them years later, or abandon them altogether. I’d like to think I plan out my reading in advance, but I don’t. Some of my favorite works have been discovered at random. I wouldn’t describe myself as a “note-taker,” but I’m constantly writing things down while reading, regardless of whether those things are related or not. I don’t write in my books—and yes, always, physical books.

I usually like to write in places I’m not supposed to—while I’m at work, in bed or watching TV. I write while I’m in transit, whether it’s on the subway, bus or the train ride up to Westchester where I teach. There’s something about being untethered to a specific location that I like. With reading, however, I could do that anywhere.

There are so many! BAM, the Morbid Anatomy Museum, Domino Park, Green-Wood Cemetery, my best friend Taryn’s backyard in Williamsburg—these are just a few. I love them because they are places I always want to return to.

I celebrate locked rooms that lead to another.

And what I did to map out my life, a net of white flowers

to show where you stood in the kitchen.

There’s a story for every moon carved into me,

as good and as valued as the light that’s fallen out of you.

Because it has to be.