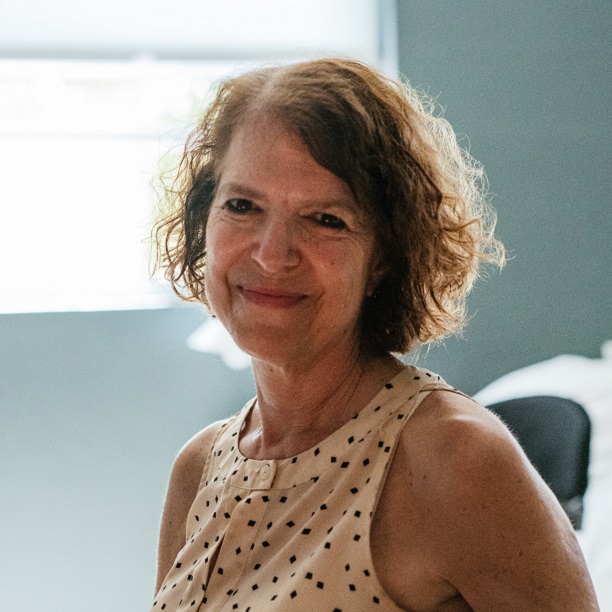 Robin Messing is the author of the poetry chapbook Holding Not Having (Kattywompus Press, 2015) and the novel Serpent in the Garden of Dreams (The Permanent Press, 2008). She has contributed vocal tracks to the Cornelius Eady albums Book of Hooks (2013), Seven Songs (2014), Singing While Black (2015) and the forthcoming He Was a Man: The Poems of Sterling A. Brown. Messing’s stories, poems and essays have been published in Catamaran Literary Review, Cosmonauts Avenue, Distillery, Drunken Boat, New Ohio Review, New York Newsday, the Sycamore Review, Vinyl Poetry and Washington Square, among other journals, and her short story “Drive-by” was a 2011 nominee for a Pushcart Prize. She is presently at work on the final revisions of a second novel.

I went through it partially,
the habit of numbness
a way to unknow.

I heard the laughter
but not the ambulance.
It wasn’t all fire.

My dreams were few.
I was used to intermittent horses—
fur and honey before the tomb.

I didn’t know a hundred words
for love. Just one or two
like echoing birds.

I tried to feel without feeling
everything. Dirt and hair
never mixed with snow.

Life and death in one, sweet body.
Wild and trampled.
No real language for the distance

from tranquil heart to sorrow.
Below this ruckus, an island
of brilliant quiet kept alive

by kerosene light. Milk
of birth and stumbling
feeding flight.

—From Holding Not Having, Kattywompus Press, 2015.

This poem is part of a suite that begins with the predicament of my early life, and then chronicles the fallout of that distress as reflected in my relationships and in my orientation to the world. My marriage was one of the defining relationships that reflected the impact of early trauma and aspects of its repetition. What was new for me in this poem and the ones written during this time period was that I had finally begun to face painful experiences that I had repressed, and in doing so, my mind became liberated to make the kinds of imagistic leaps on the page that I had always wanted to make. I was no longer afraid to let my mind go for fear of what I might encounter.

I’m exclusively working on the end-stage revision of a second novel, an autobiographical novel that I have been working on for about twelve years.

A good day for me is a short workout first thing in the morning, then about four hours, on and off, of writing time. After lunch, I’ll run errands in the neighborhood, and in the evening I’ll check out a movie, a reading or a jazz concert with or without friends.

I was born in Crown Heights and raised in New York City. My family moved back and forth between Brooklyn and Queens until I was fifteen. Since then, I’ve remained a Brooklynite and raised my daughter here.

I live in Park Slope, and that’s a complicated matter. I’ve lived in the neighborhood for the majority of my adult life—since the 1970s. Obviously, it is a very different place than when I first moved here, and I can go on and on about the ravages of gentrification. I’ve written about it. Developers have been given free rein to buy up properties and drive out earlier inhabitants, leaving the neighborhood whiter and wealthier. It is a showcase for out-of-towners. My daughter can’t afford to live here. As a white artist, I was certainly part of the early wave of gentrification of this neighborhood. It is not like the neighborhoods of my youth where we played in the street and hung out on stoops. I miss that. It is still very beautiful, convenient for getting around the city, close to extraordinary public spaces, a phenomenal library and museum.

I lived on a dead-end block in Flatbush when I was a kid. In the absence of through traffic, we played Running Bases or I Declare War in the street on summer afternoons and evenings—fireflies in droves lit up the dark.

My poetry community has waxed and waned and changed over the years. It started at a workshop at the Poetry Project at St. Mark’s Church when I was just out of college. The poet Patricia Spears Jones attended that workshop, too. This experience was pivotal and formative. As a baby poet, I was honored and given chances to read to an audience. My teacher there, Lewis Warsh, encouraged me to go to Naropa Institute, which I did, and that was a monumental learning experience, a fine community where I was embraced. To this day I’m tremendously grateful for that. I had little connection to a poetry community for many years when I was married, raising a daughter, and then a single parent working full time. In recent years, I’ve been a vocalist in a band with the poet Cornelius Eady, and with Cornelius’s encouragement and as part of our performances I started reading in public again and devoted myself more to poetry. For years I was exclusively writing prose. Through working with the band I’ve had the great opportunity to meet many extraordinary poets whose work I follow and with whom I also have some affiliation.

As a very young person, I read a lot of Walt Whitman, though at the time I was ignorant of the racism in his work. I loved the long lines, the lyric, song-like qualities, and the eroticism. For years, I had the following line on my wall: “It is not to diffuse you that you were born of your mother and father, it is to identify you.” The Brooklyn poet Patricia Spears Jones has been a friend for forty years, and she has been steadfast, a truly important poetic voice. I love her poem “Days of Awe.” Lyric, elegiac, perfectly made. She wrote a poem for me in the early days, and I still have the typewritten original.

Allen Ginsberg was, without question, the most important mentor. I studied with him and worked for him at Naropa Institute. In exchange for typing his dream journals, we met at his kitchen table, and he read my work. He was astonishingly attentive and generous. I was just starting out, and he took me seriously. I attended his lecture class, and he spent weeks examining the work of William Carlos Williams, whom he knew. Studying Williams with Allen provided a foundation for many of the guiding principles with which I work with language to this day. Williams’s credos of “No ideas but in things” and “The natural object is the adequate symbol” resonate still. Allen was loving, down to earth, and supportive of many poets just beginning to write, and he became a model for the generosity that is possible as a teacher and a member of a poetic community.

A few of the books that have made the greatest impression on me in the last three years have been Catalog of Unabashed Gratitude by Ross Gay, Night Sky With Exit Wounds by Ocean Vuong and teaching my mother how to give birth by Warsan Shire. (There are many more.) I love Ross Gay’s poems for the way they meander without punctuation, connecting what might not seem to be connected, reminding us in his generosity that everything is connected in lyrical, earthbound ways. There’s so much love and inextricable heartbreak in these poems, astute observations, and just a love of people and the world. I remember first reading “Someday I’ll Love Ocean Vuong” and I was astonished by it. It’s tacked up on my refrigerator. It reminds me of the way we speak to ourselves in our loneliness, in the absence of care, how we become our own caring surrogate in the face of difficult circumstances. I love the way Ocean plays with space on the page and the arrangement of lines. His work holds you by the shoulders with its urgency and eroticism. Warsan Shire’s book feels like a gathering of secrets and stories of and by women that we weren’t supposed to tell. The poems are fierce, visceral, body-centered.

The Collected Poems of June Jordan.

I tend to read multiple books at a time—fiction, nonfiction and poetry. I make lists of books I want to read, and I also play it by ear, depending on what I’m working on and what seems useful to support the present project or my interest of the moment. Sometimes I’ll buy books to read later, and those books might stay on the shelf for years until I feel it’s the right time to read them. I read only physical books, and I often copy into notebooks lines or paragraphs that are meaningful to me.

I like to work outside when it’s feasible. I have a little roof deck, and I love to work up there, and sometimes I work in Prospect Park though that’s trickier. When I’m writing by hand or reading, I go to Cocoa Bar on 7th Ave in Park Slope.

Prospect Park, the Botanic Garden and the Brooklyn Museum are iconic Brooklyn spaces for me. I spent my childhood in these places, and they still call to me. Supposedly, when I was a toddler, my mother brought me to the Botanic Garden with a watering can so I could water the flowers. I can remember strolling through the galleries of the Brooklyn Museum as a child, and I did the same thing with my daughter throughout her childhood. For decades and generations, these places have provided comfort, amusement, tradition and beauty to my family, and have been extensions of my many homes.

I celebrate edges of discomfort.
And what I can learn there and what you can show me.
For every new understanding in me as good an understanding
in you.