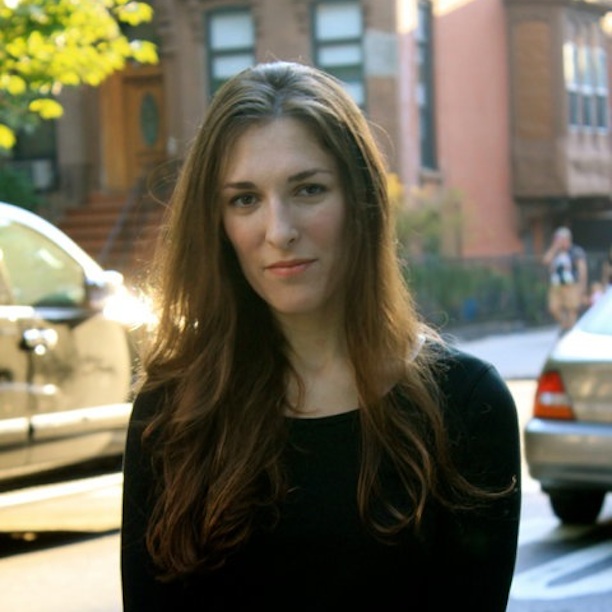 Sarah V. Schweig is the author of the chapbook S (Dancing Girl Press, 2011). Her poems and reviews have appeared in Black Warrior Review, BOMB Magazine, Boston Review, Bushwick Sweethearts, Gulf Coast, Maggy, Painted Bride Quarterly, Publishers Weekly, Western Humanities Review, Verse Daily and Wag’s Revue, among others. She is a graduate of the University of Virginia and Columbia University, where her manuscript was the recipient of the David Craig Austen Memorial Award. Previously a 2012 Emerging Poet Resident at Poets House, a 2010 Tennessee Williams Scholar at the Sewanee Writers’ Conference and a 2010 Ruth Lilly Fellowship finalist, she currently works as a Senior Writer at a criminal justice think-tank in Manhattan, and lives in Brooklyn. Follow her at sarahvschweig.blogspot.com.

Tell the mister
how he’ll miss her.

grease the brakes
in junkyard corollas,

of ache & feast. So tell
the mister, I say, how

he’ll miss her, “The one
he loved, the last one

left,” who sleeps in car-
fuls of careful cut petals,

who stilts & cracks their
wary Stradivarius.

On a balcony in Manhattan in the spring of 2008, a friend read Catullus’s Poem 11 to me in Latin and English.

After, I wrote a poem called “After Catullus.”

“After After Catullus” is also part of a sequence of poems I was writing just after I moved to New York. These poems—the S poems—are chiefly in the third person, because at that time I felt I couldn’t justify speaking from the “I.” Through writing about the character Miss S, and in a different voice, I could tell a new truth I hadn’t already told with “I.” I also didn’t always go by Sarah, so I’m sure that factors into the invention of the S character—and is something that would give psychotherapists a field day.

In any case, I think the making of this poem embodies how the I—how any I—inevitably does the self in different voices, so to speak.

—I have no earthly idea. (New poems.)
—Finding language. (And cutting it up.)
—Learning language. (German: slowly, poorly.)
—Putting myself out there. (Sending my manuscript, The Hour of Great Contempt, into the void.)
—Trying to understand Kant’s Critique of Pure Reason.
—Also I’d really like to get my cat to walk on a leash.

—I talk to my mom, who lives far away. I talk to my brother, who lives farther.
—Someone makes me laugh or I make someone laugh.
—I use language in a way that is at once inventive and honest.
—I’m just relentless enough.

I’ve lived for over four years in Brooklyn, but I’ve lived in New York City for just over six. I started my Brooklyn life in Boerum Hill and now live on the south edge of Park Slope, and I like far too much about it to enumerate except by negation, so let’s say basically everything except how it’s still not exempt from the human condition.

Any normal day, i.e.: Obama’s helicopter is landing in Prospect Park, the F train isn’t running for no discernible reason, and the coffee shop ran out of coffee beans, and the barista shrugs and says “Mercury is in retrograde,” so you get cold brew on the first real cold day of the year and sit at a tiny table and read one man’s attempt to take down metaphysics.

I’ll keep this simple and go with George Oppen, who lived here some of the time.

—Mellow Pages, because it isn’t a store and has everything anyone could ever want.
—Terrace Books (formerly Babbo’s), because it’s tiny enough to be adorably quaint, but large enough to hold The Human Condition (Arendt’s, that is).
—And an unofficial outpost of Brooklyn—in my opinion—on the Upper East Side, Michael Seidenberg’s Brazenhead Books, because it’s a widely known secret and there’s whiskey-fueled conversation.

Can I steal the one Danniel Schoonebeek and I made together?

—Because four years ago I was living out my lease in grad student housing in Morningside Heights and was no longer a grad student.
—Because I had no job, no lover, and no plans, save writing.
—Because I was otherwise unattached.
—Because the poet Jason Labbe once told me to.
—Because the poet Brittany Perham told me it would all work out.
—Because the poet Dawn Marie Knopf was moving back to San Francisco and vacating the windowless room the size of a closet where she’d been living, on St. Marks, between 3rd and 4th, back when the station was called Atlantic-Pacific and not for a stadium named for a bank.
—Because I fell in love with the man who lived a wall away from me.
—Because we fell apart.
—Because after, he still moved my belongings up three flights of stairs into the efficiency apartment I still call home.
—Because since then I’ve watched time pass by how high the new tower gets in my window.
—And because the people I love still don’t believe in heaven.