Izaak Walton’s biography tells us that George Herbert was a humble, even saintly man, devoted to his formidable mother and to his god. He took Anglican orders, tended to his parishioners and spent years revising the brilliant poems of The Temple, which he would not live to see published. Herbert has been characterized as the best devotional poet in the English language—praise that perhaps makes him seem distant from the concerns of later, more secular readers. And yet his influence can be seen in a wildly diverse range of poets who came after him, including Emily Dickinson, W.H. Auden, Elizabeth Bishop and Carl Phillips.

What is it about Herbert’s poems that moves even the least devout reader? Is it the diction, intimate as a prayer, played off against the gorgeous texture of rhyme? The stunning, unexpected metaphors? The characteristic stanzas that mix long and short lines to expand and contract, gently yet insistently as breath? Or is it, as one scholar has suggested, that Herbert’s poems open up to us a lone man’s attempts to make the weakness and worry that plague human life into a meaningful part of his spiritual experience?

We’ll read the poems of The Temple intently and aloud, listening for their wealth of figures and musics. We’ll read enough biography to ground Herbert in his period. We’ll also consider a handful of poems by close contemporaries including Donne, Crashaw and Vaughan, to provide an immediate literary context. We’ll conclude with a small sampler of 20th- and 21st-century poems indebted to Herbert. Though the focus will be on close reading and discussion of the texts, our last class will include time for students to share their own poems inspired by Herbert. 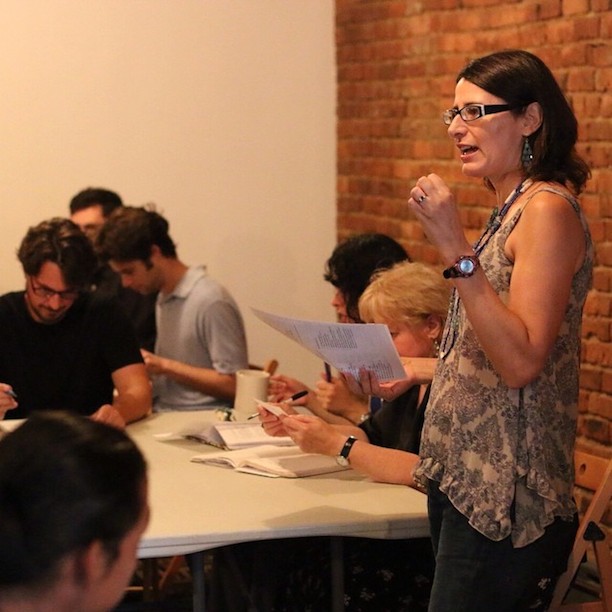 V. Penelope Pelizzon is the author of two books of poetry: Whose Flesh Is Flame, Whose Bone Is Time (Waywiser, 2014) and Nostos (Ohio University Press, 2000), winner of the Hollis Summers Prize and the Poetry Society of America’s Norma Farber First Book Award. She is also the author of Human Field, winner of the Center for Book Arts 2012 poetry chapbook award, and co-author of Tabloid, Inc.: Crimes, Newspapers, Narratives (Ohio State University Press, 2010). Her awards include an Amy Lowell Poetry Traveling Scholarship, a Lannan Foundation Writing Residency Fellowship and a “Discovery”/The Nation Award. She is an associate professor of English at the University of Connecticut.

George Herbert is no longer available.