Do you find yourself using the same kind of voice in poem after poem, writing with the same vague sense of audience? In this workshop, students will work on writing poems to different audiences, trying out a new rhetorical approach each week. Assignments will include writing a poem to seduce a lover; a comic ode celebrating something mundane; an anti-ode bashing an enemy; a how-to poem; and a conversation poem with a non-human speaker. In the process students will learn to write with greater tonal variety from poem to poem and connect with their audience more clearly. Readings will include poems by Donne, Marvell, Byron, Keats, Neruda, Mayakovsky, Kenneth Koch, May Swenson, Dean Young, Barbara Hamby and Melissa Broder, among others. 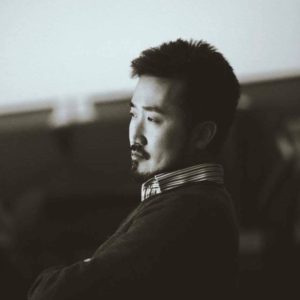 Named one of the “100 Most Influential People in Brooklyn Culture” by Brooklyn Magazine, Jason Koo is the founder and executive director of Brooklyn Poets and creator of the Bridge. He is the author of More Than Mere Light, America’s Favorite Poem and Man on Extremely Small Island. Coeditor of the Brooklyn Poets Anthology and the winner of fellowships from the National Endowment for the Arts, Vermont Studio Center and New York State Writers Institute, he earned his BA in English from Yale, his MFA in creative writing from the University of Houston and his PhD in English and creative writing from the University of Missouri-Columbia. He is an associate teaching professor of English at Quinnipiac University and lives in Williamsburg.

Dear Readers is no longer available.