Would you say you’re closer to silence, or sound? How does writing in short lines evoke a different kind of speech, a different kind of silence, than writing in ten-syllable lines or long lines? In this workshop, students will practice writing poems in many different line lengths, from short-line prayer poems in the manner of Emily Dickinson to decasyllabic epistolary poems in the manner of Alexander Pope to long-line incantations in the manner of Walt Whitman. Students will also practice alternating line length within the same poem and dropping punctuation. Readings will include poems by Dickinson, Pope and Whitman as well as Rilke, Auden, Desnos, Bishop, Merrill, Ashbery, Ammons, C. K. Williams, Louise Glück, Larry Levis, Lynda Hull, Kim Addonizio, Carl Phillips and more. 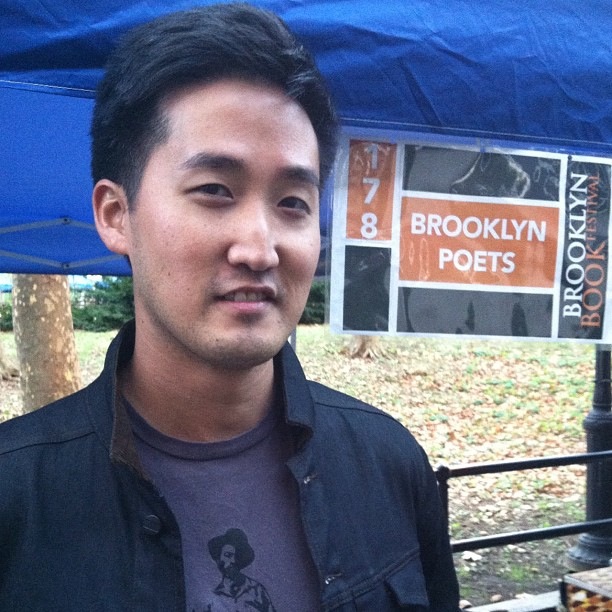 Jason Koo is the founder and executive director of Brooklyn Poets. He is the author of America’s Favorite Poem and Man on Extremely Small Island, winner of the De Novo Poetry Prize and the Asian American Writers’ Workshop Members’ Choice Award for the best Asian American book of 2009. He earned his BA in English from Yale, his MFA in creative writing from the University of Houston and his PhD in English and creative writing from the University of Missouri-Columbia. The winner of fellowships from the National Endowment for the Arts, Vermont Studio Center and New York State Writers Institute, he has published his poetry and prose in numerous journals, including the Yale Review, North American Review and Missouri Review. He is an assistant professor of English at Quinnipiac University and lives in Williamsburg.

Silence and Sound is no longer available.