Mystical visionaries such as Hafiz and Rumi (whose poetry overflow with sensuality, playfulness and an outlandish ecstasy) reveal a God of infinite love—not a God that would control us, cut us down or burden us with guilt. They believed in the holy rules of Laughter, Encouragement, Foolishness, and Total Risk. In this spirit, we’ll leap toward the liberation found in ordinary moments: spitting out toothpaste, studying a stranger’s hands, and listening to the subway screech to a halt. In the words of Hafiz, “Now is the season to know / That everything you do / Is sacred.” Along our journey we’ll look at texts by Aracelis Girmay, Marie Howe, Hafiz, Rabia, Yoko Ono and Pablo Neruda, among others. 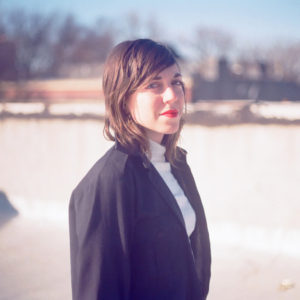 Shira Erlichman​ is a poet, musician and visual artist. Her poetry can be found in Huffington Post, PBS NewsHour’s Poetry Series, BuzzFeed Reader and the Baffler. As a musician she’s shared stages with TuNe-YaRdS, Mirah, and CocoRosie. Her experimental electronic-pop album Subtle Creature was released in the fall of 2016. For her work she was awarded a residency by the Millay Colony, the James Merrill Fellowship by the Vermont Studio Center, and the Visions of Wellbeing Focus Fellowship by AIR Serenbe. She has taught for Urban Word NYC, the Volume Summer Institute and York College–CUNY, and she has been teaching online poetry classes via her company Freer Form for the last seven years. She lives in Brooklyn.

Divine Rascals is no longer available.