Gerard Manley Hopkins once wrote that he wanted his poetry to embody “more wreck and less discourse,” and in that spirit we will actively detour away from the well-worn routines of the workshop in our work together in this class. Rather than laboring to finish or “fix” drafts, our sessions will be devoted to generative bursts, improvisational drafts and provocative conversations about the future of what we create. We will seek to unsettle habits and to invent forms. Expect to encounter a catalytic array of contemporary poems and translations (Solmaz Sharif, Wendy Xu, Ross Gay, Sarah Howe, Chen Chen, Anne Carson and others) and to play and to revel in the mess. 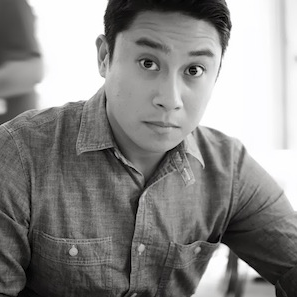 R.A. Villanueva’s debut collection of poetry, Reliquaria, won the Prairie Schooner Book Prize (University of Nebraska Press, 2014). New work appears in Poetry, Guernica, American Poetry Review and widely elsewhere. His honors include a commendation from the 2016 Forward Prizes, an inaugural Ninth Letter Literary Award and fellowships from Kundiman, the Saltonstall Foundation for the Arts and the Asian American Literary Review. He holds graduate degrees from Rutgers University and New York University and has taught writing at high schools and universities and for arts organizations in the United States and abroad. A founding editor of Tongue: A Journal of Writing & Art, he lives in Brooklyn.

More Wreck is no longer available.